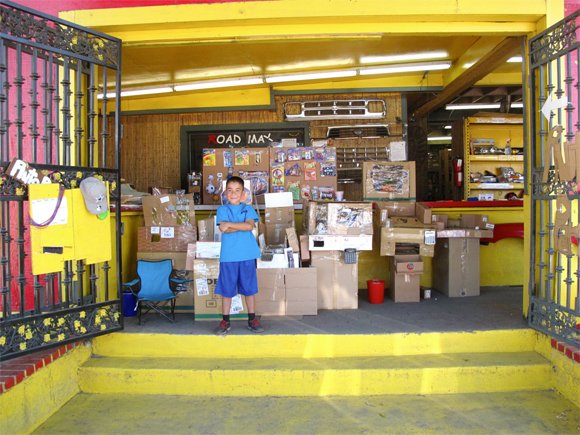 Here’s the inspiring story about 9-year old Caine Monroy and his extravagant DIY cardboard arcade he built in his father’s auto part store in East LA. It started with a mini basketball game that quickly expanded into numerous challenges like his hand crafted S-hook claw machine. For $1 you get 4 plays and for $2 you can get 500 turn FUN PASS with individual security codes. Caine invented coins, tickets, business cards, a staff t-shirt and even a box office window with speaker system. Now, thanks to independent film maker Nirvan Mullick, who stumbled across Caine’s Arcade while in need of a new door handle for his car, this super creative kid is ruling the internet. Nirvan decided to shoot a documentary and set up the most uplilfing flash mob ever. This got picked up on the front page of Reddit, was posted on HiddenLA’s Facebook page then premiered last October at DIY Days LA. He now has a scholarship fund set up. Three cheers for Caine, Nirvan and Caine’s dad for allowing this imaginative young mind to flourish. 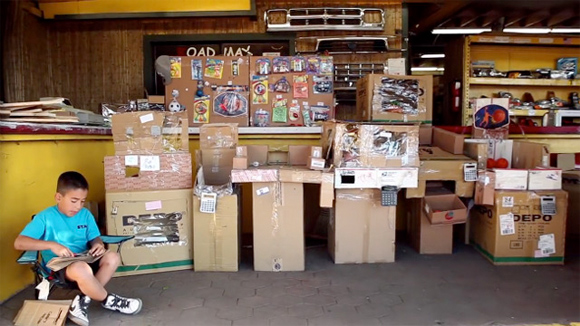 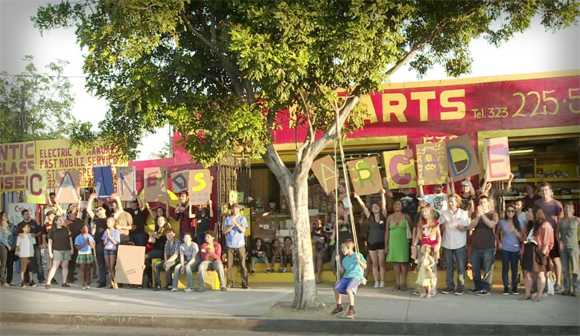 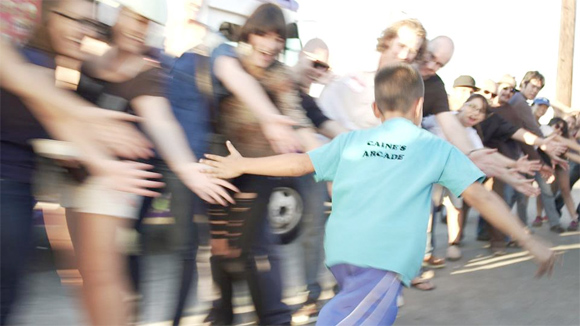