Back in April, Jack from VinylPulse took the honor of touring Buff Monster’s LA studio to take a closer look at his new wax pack sticker cards, The Melty Misfits. Blending his love for ice cream, the color pink and Garbage Pail Kids, Buff has meticulously created a vintage style collectors set to match the 80’s originals. 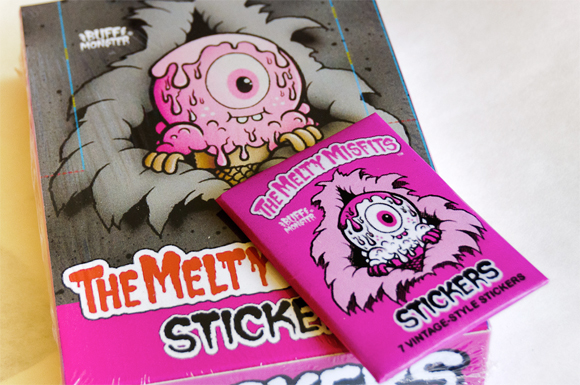 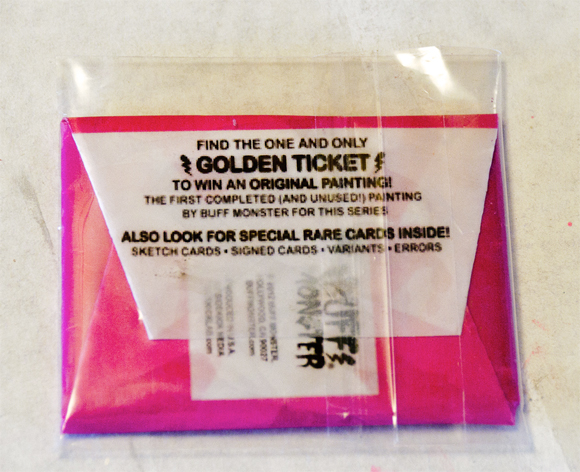 Each Melty Misfit pack is created on offset printed sticker cards with kiss cuts, packaged with wax packs in a 60 card format, 30 pairs of which have the same illustration but different names, and to top it off the back of the cards combine to create a huge puzzle. Buff Monster even kept the creation process consistent as he illustrates each Melty Misfit on 5 x 7-inch cards. The fun never stops, also included in the shenanigans is a Golden Ticket to win an original unused painting and special rare cards including sketch cards, signed editions, variants and errors. 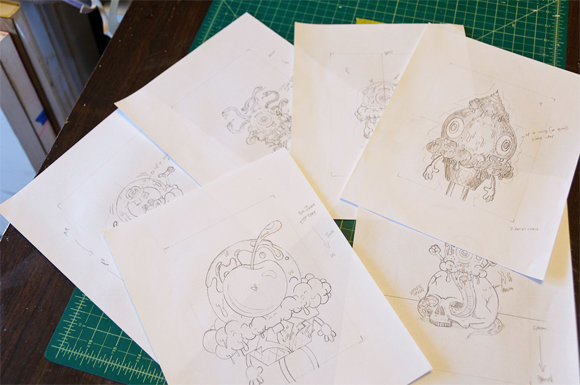 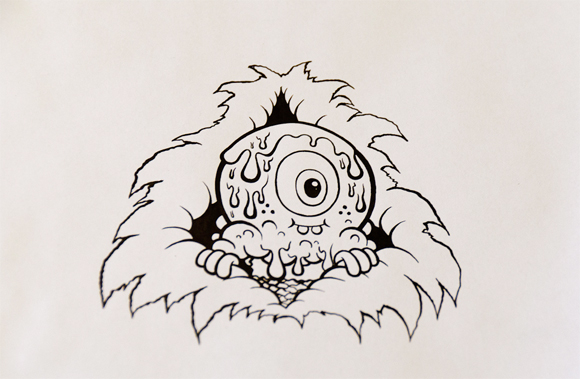 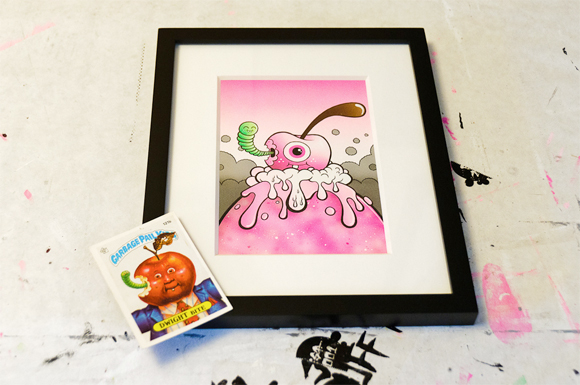 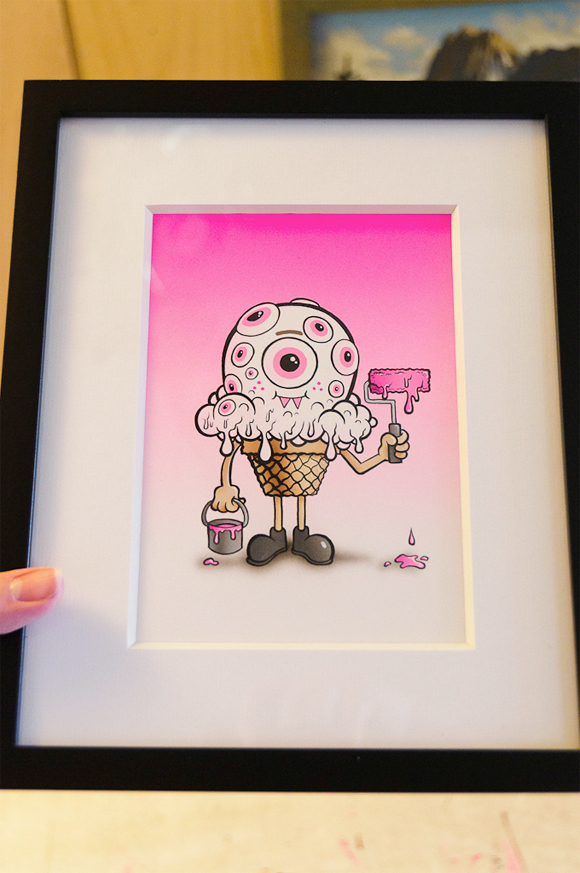 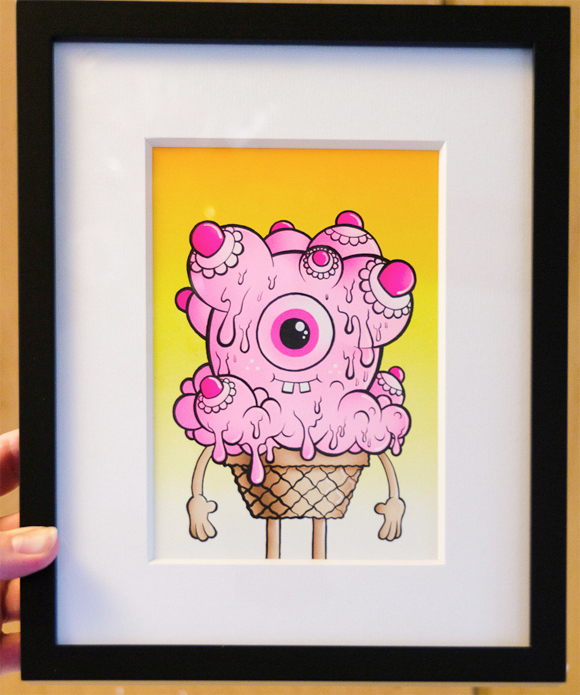 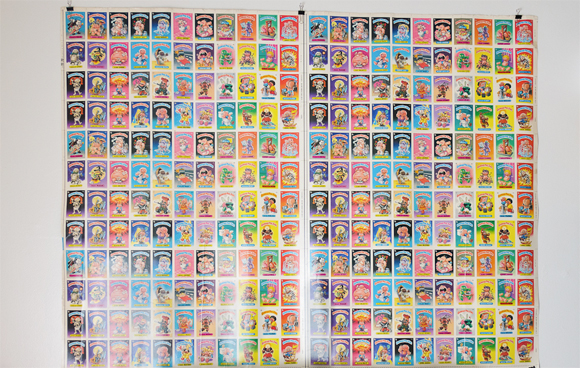 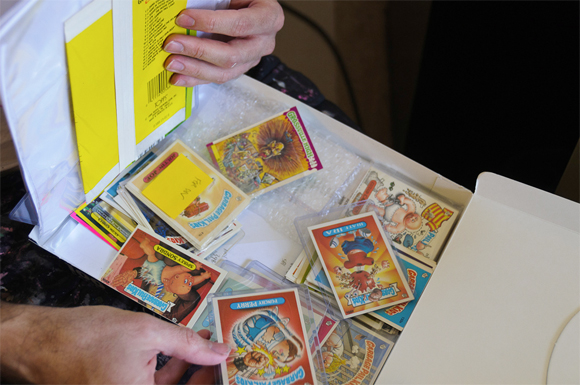 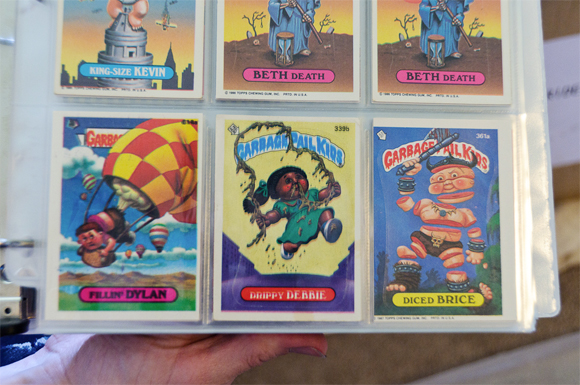 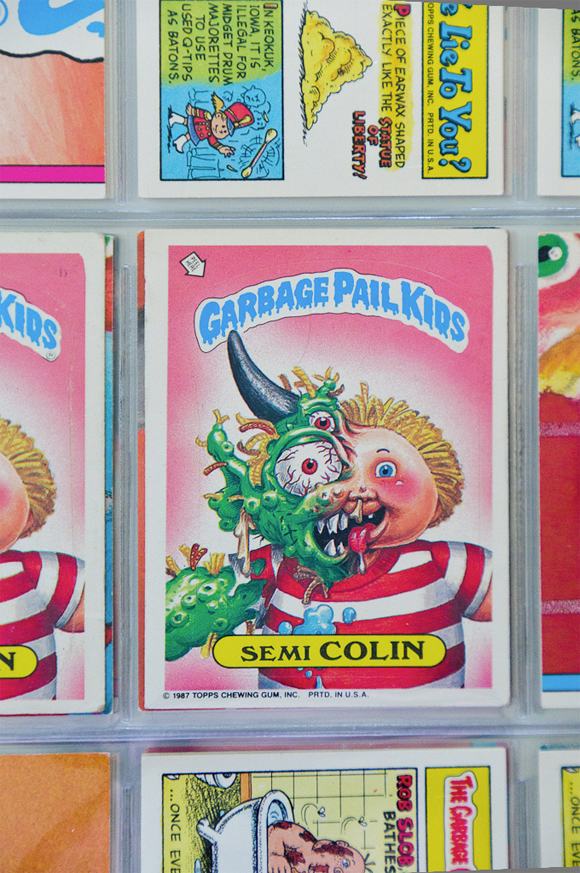 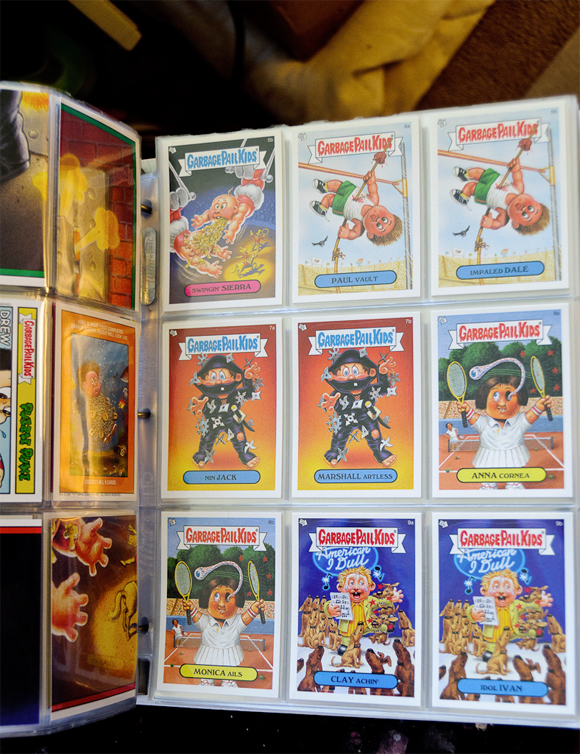 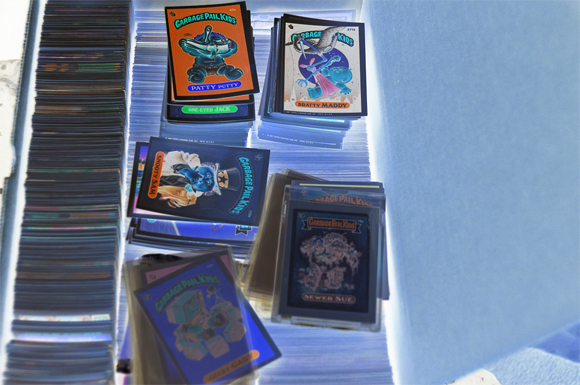 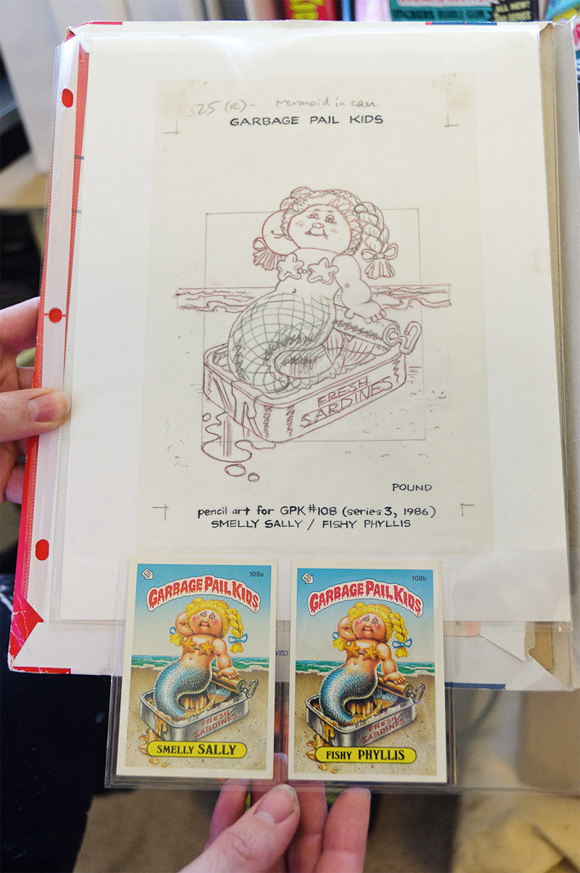 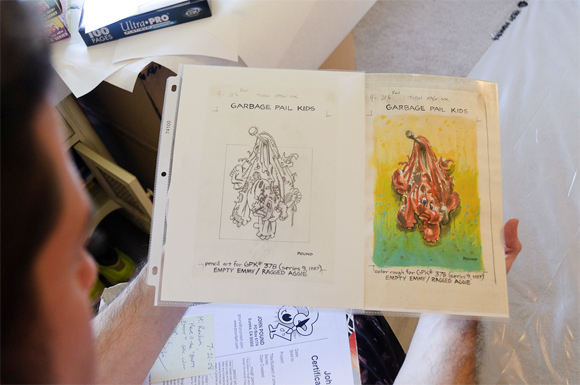 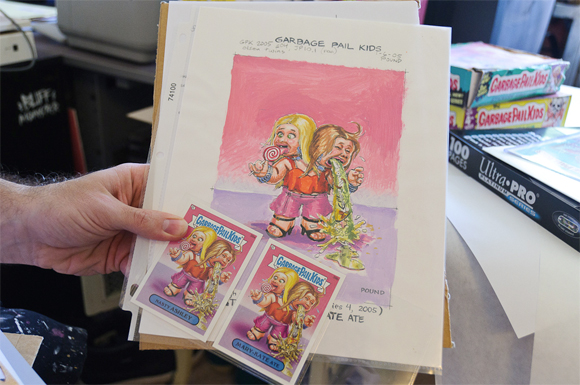 “Back in second grade, I started collecting Garbage Pail Kids (around the time the third series was released). I could tell they were based on paintings; they were some of the first paintings I was ever exposed to. They have had a tremendous impact on me, and today I make a living as an artist.

In 2001, I learned that the original artist for GPKs was a man named John Pound. That year I bought my first piece of original art: a pencil sketch for a third series card by John Pound from 1986. Over the years, I’ve bought lots of other sketches and paint roughs from John, as well as an insane collection of all sorts of GPK-related items. From first series color separations, to proof cards, to foreign cards, to uncut sheets, I’ve amassed a unique collection of items and knowledge over the years. And my collect grows nearly every day.

I feel that I’ve been working towards this series of cards my whole life and I couldn’t have done it without Tom at Sidekick. His knowledge of, and ability to create, vintage style trading cards is second to none.” -Buff Monster 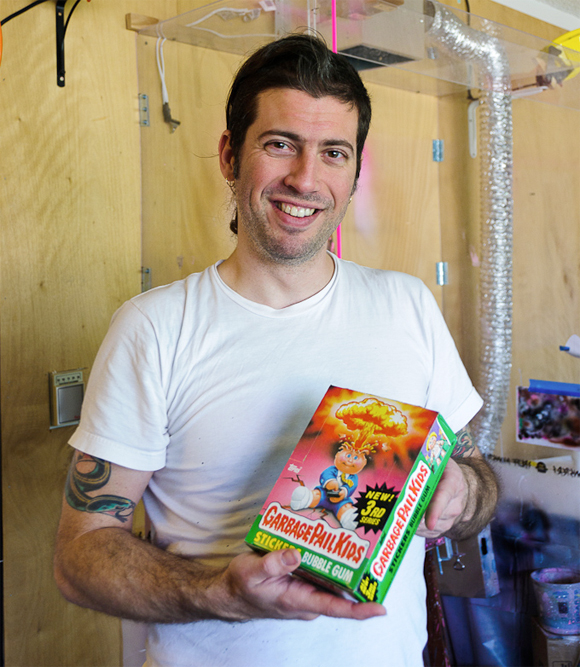 So if you were wondering why Buff Monster made his own version of Garbage Pail Kids cards, now you know. Keep your eyes peeled for these disgustingly awesome collector cards to be popping up at your local vinyl hustler or tap strait into the source at TheMeltyMisfits.com. Produced by Sidekick Labs, Packs go for $5 a pop or you can scoop a full case of 24 packs for $120. 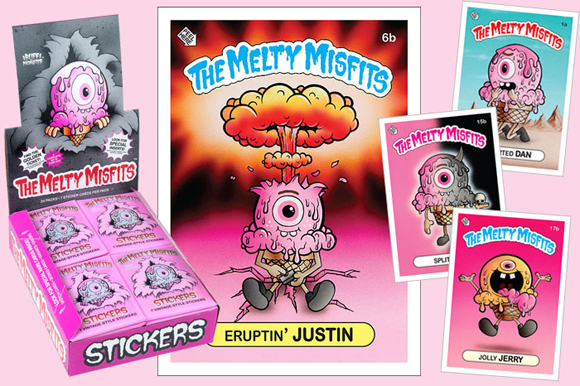