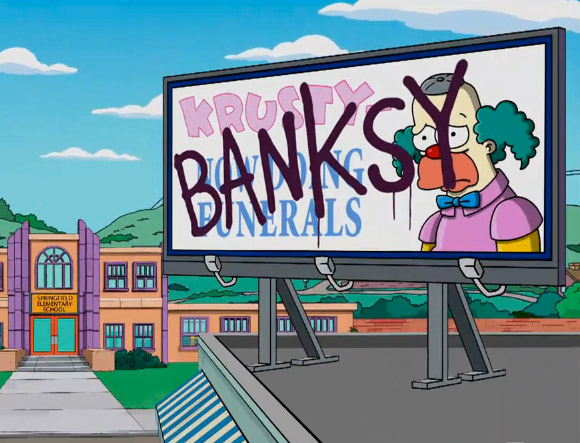 Legendary street artist, Banksy has recently collaborated with The Simpsons and directed the opening sequence of this past weekend’s episode. It was quite a surprise, this being the first time Fox has ever given the creative reigns of the intro to an artist. It starts off as a normal episode with some Banksy tags throughout Springfield, then it takes a dark turn exaggerating the harsh reality behind manufacturing of mainstream merchandise.

What do you think about this new adaptation of The Simpsons intro?