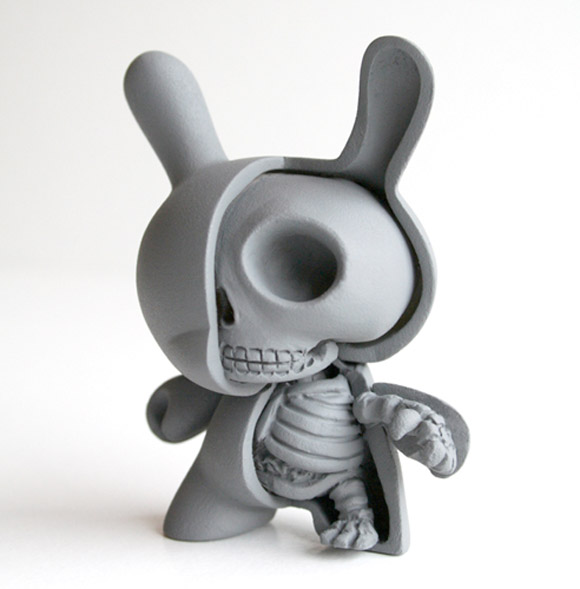 New York artist, Jason Freeny aka MOIST has hand crafted an amazing 3-D Anatomical Dunny design. This 3-inch one of a kind creation has a 1/4 cut exposing the inner skeleton of Dunny. Only one hardcore collector will be lucky enough to buy this since MOIST doesn’t do multiples. Today is the last day for your chance to bid on this rare Dunny sculpt over on ebay.