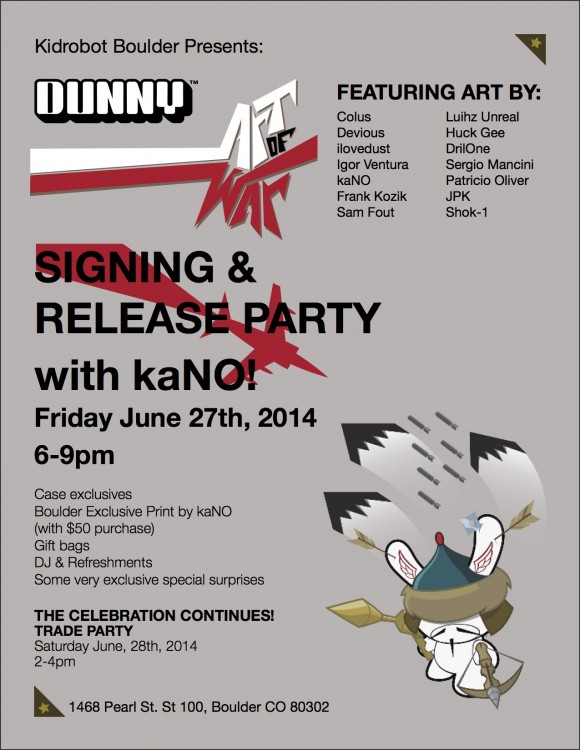 Kidrobot Boulder is excited to present an epic AOW Release Party and Signing with kaNO! On Friday June 28th, from 6-9, we are featuring case exclusives, Boulder print exclusives by kaNO (w/ $50 purchase), gift bags with purchase, DJ, refreshments, and some very exclusive special surprises!  Get there early because case exclusives will move fast!

Meet kaNO! kaNO is the brains and creative behind Art of War case packaging and one of the 14 artists featured in the AOW series. In 2013, kaNO and kidrobot  released the Flight 3” Dunny, in 2011, kaNO was featured in Bentworld Cans Series 1, and in 2012 in the Fat Cap series 3.