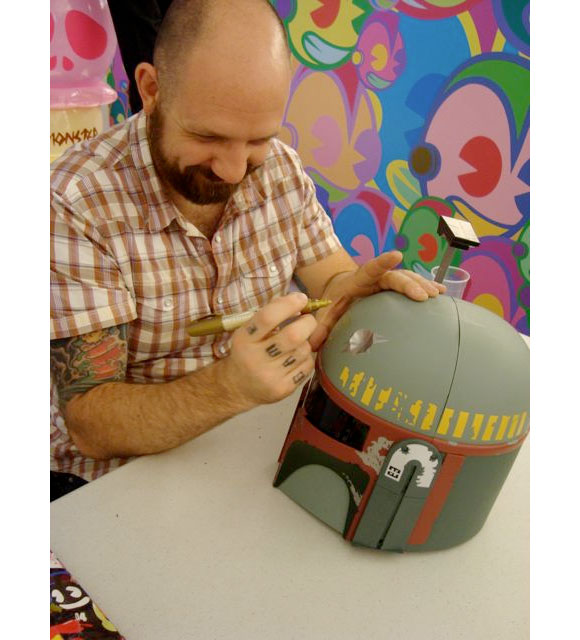 Rain or shine, Huck Gee fans lined up yesterday at Kidrobot Miami for the pre-release signing of his epic new Gold Life Dunny series and Black Kabuki & Kitsune 2-pack. Dunny collectors of all ages came through our South Beach store to get their claws on the highly anticipated limited edition hyper series and a few fans brought in some of Huck’s classic Dunnys for an autograph as well as a Boba Fett helmet, which totally made Huck’s night.

Huck will be in his hometown tonight at Kidrobot San Francisco for the next stop in his signing journey. The line will start early, if it hasn’t already, while the trading festivities go from 6-8pm. Gold Life will also be available worldwide tomorrow Thursday, September 1 on kidrobot.com, kidrobot.eu and super select specialty vinyl hustlers around the globe.