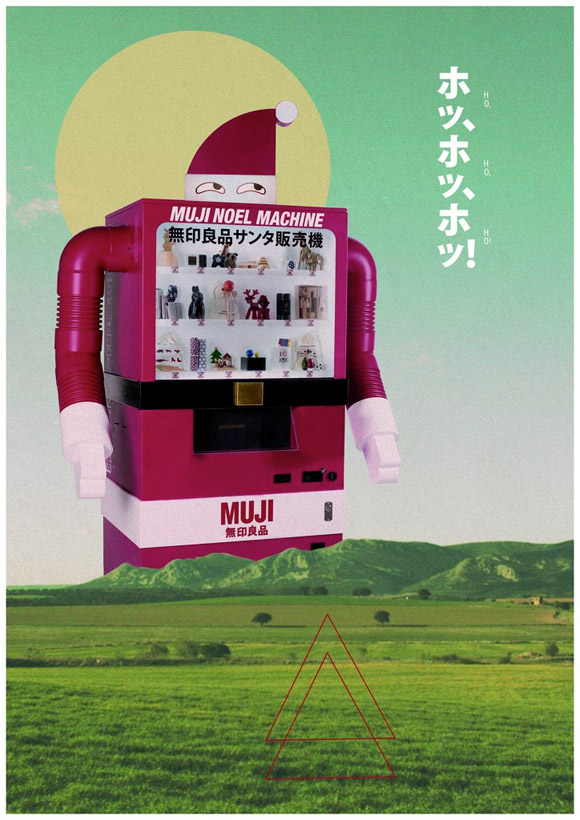 If Santa Clause were from Japan, he would be a vending machine. Or so thinks the Spanish creative team Carlitos y Patricia. Get a load of their Muji Noel Machine seen in the streets of Barcelona spreading the holiday cheer. Their inspiration for the concept came from the fact that there is a vending machine per every 20 people in Japan. Wow, that’s a lot of vending machines. 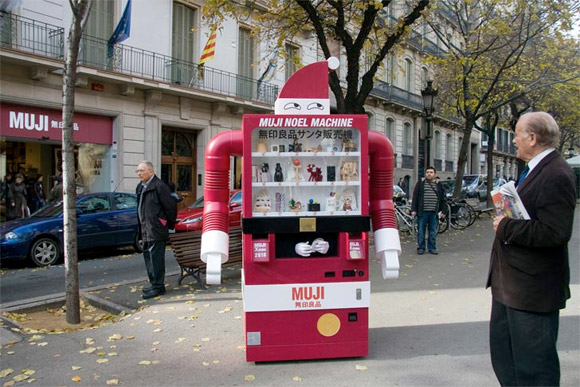 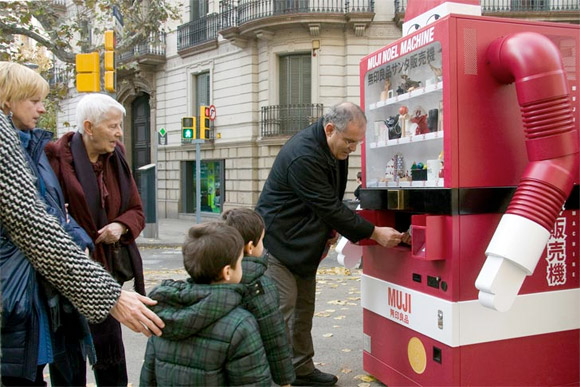 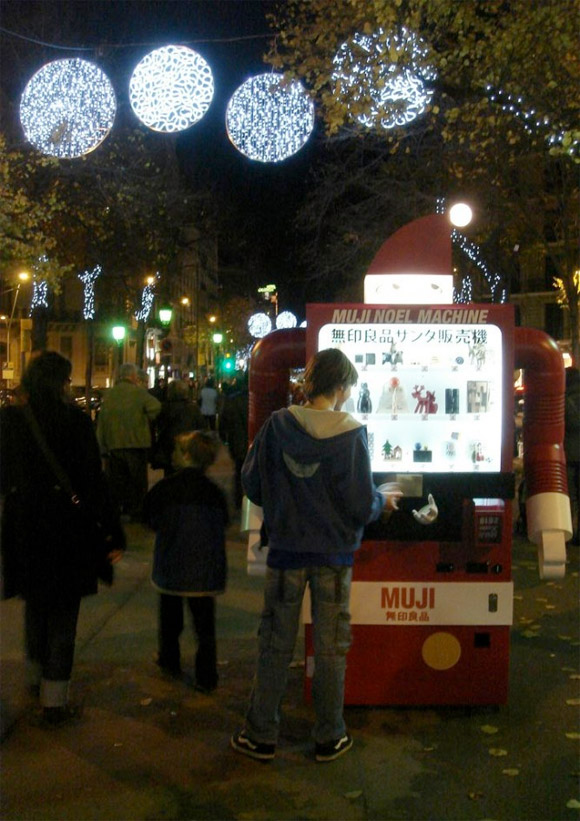 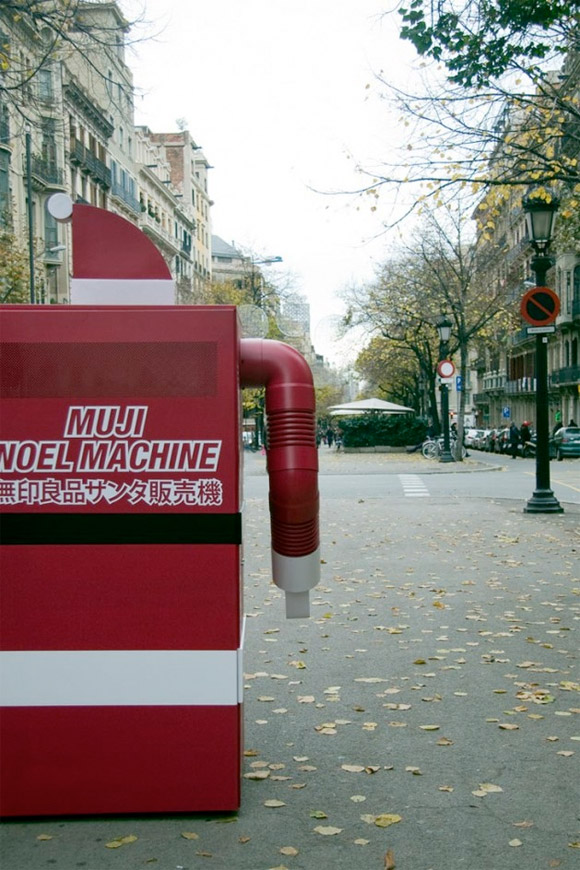