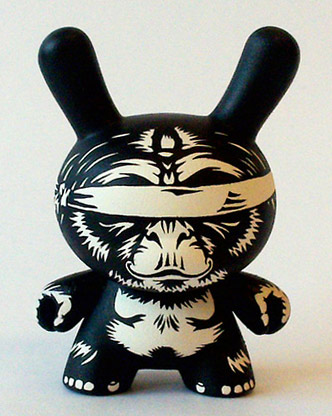 Hi there, here’s my latest set of customs that I love so much I want to share with you all. They’re the three wise monkeys (I know, two are apes…) on three 3″ Dunnys for Linh Pham, a monkey obsessive and KR boardie. He commissioned me to do them for him, and had some good ideas about the execution which we discussed. I wanted there to be some variation in the primates, so they’re all different species; a Chimpanzee, a Barbary ape and a Japanese Macaque.

Reader-submitted stories are automatically entered into a monthly competition. Stories with the most unique visitors at the end of the month win. This post accumulated: