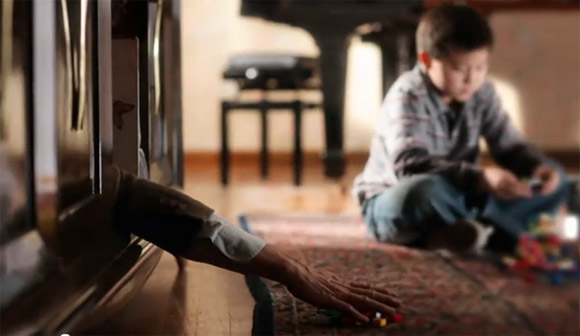 Ever wonder where your missing LEGOs go? You do now. The Brick Thief, is a quarky new short film from LEGO. This weird and wondrous stop-motion animation depicts a maniacal mustached man stealing kids LEGOs through a dream-like wall of cabinet door portals.

One brick, two bricks, three bricks, four…What can you do with these few on the ﬂoor? Five bricks, six bricks, seven, eight… Don’t think that’s enough? Well just you wait. It only takes a few bricks to make something CL!CK.