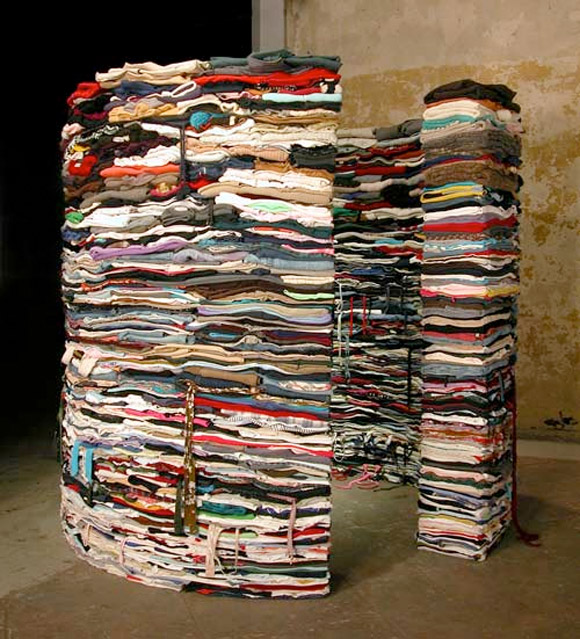 New York artist, curator and co-founder of TAG Projects, Derick Melander, meticulously folds and strategically stacks thousands of pounds of second hand t-shirts into social conscious sculptures. He is always engaging his audiences and local communities in the process of his sculptural installations. Melander’s latest triumph is a 3,615 pound structure called Into The Fold, which was a highlight of the Green Brooklyn, Green City fair and symposium. From mini projects using toy clothing to installation prints on clothing donation boxes, Derick Melander is not your normal t-shirt artist or sculptor for that matter.