Secrets Of The Toy Makers Revealed At SDCC 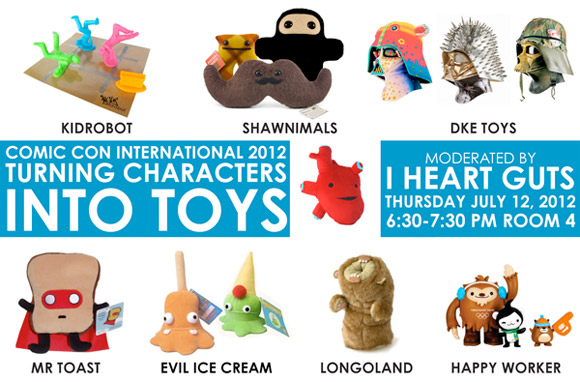 The Independent Toymaker Roundtable: Turning Characters Into Toys will take place Thursday, July 12, 6:30 – 7:30pm Room 4 at SDCC. Learn to turn your sketches into something you can squeeze!

The post Secrets Of The Toy Makers Revealed At SDCC appeared first on Kidrobot Blog.