Ryan Roberts and his Apes!

We have covered Ryan Roberts amazing toy photography in the past, and he doesn’t seem to be stopping anytime soon. It looks like he was inspired by the recent film Dawn of the Planet of the Apes with his latest creation.

He totally started monkeying around with his toys, and brought all manner of Hominoidea out to play. Caesar! 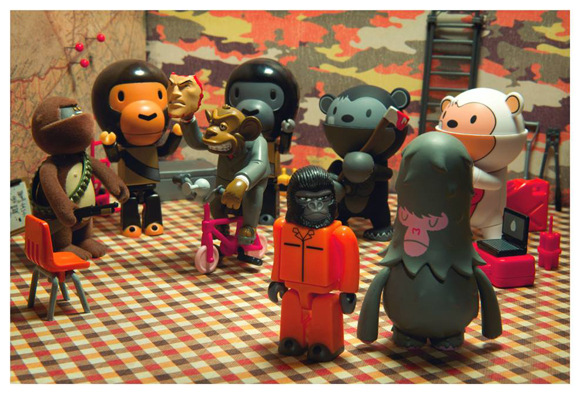 Maurice was our favorite!

The post Ryan Roberts and his Apes! appeared first on Kidrobot Blog.