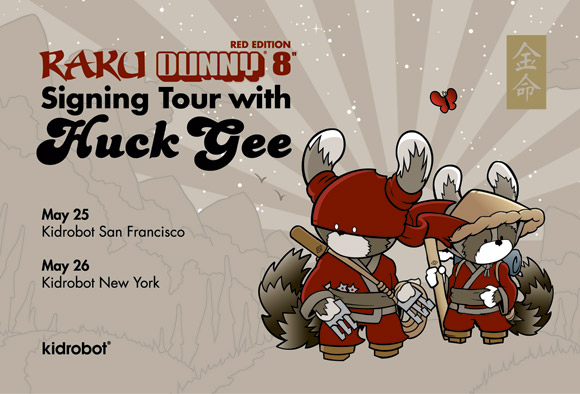 Huck Gee will be on road for the signing tour of his highly anticipated Raku Dunny Red Edition. Kidrobot San Francisco will be hosting a pre-release of KR’s exclusive colorway on Wednesday, May 25 followed by a visit to Kidrobot New York on Thursday May 26. Both celebrations will go from 6-8 pm.

Be warned, Gold Life is coming. 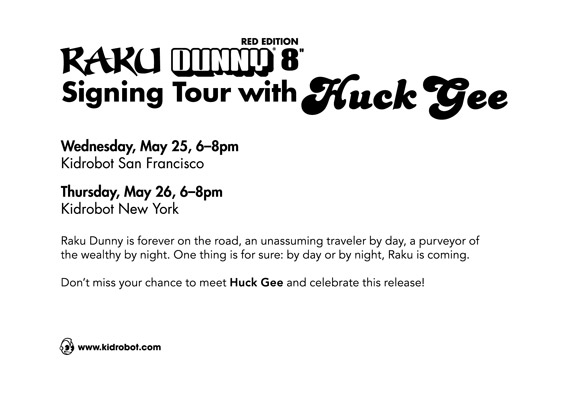