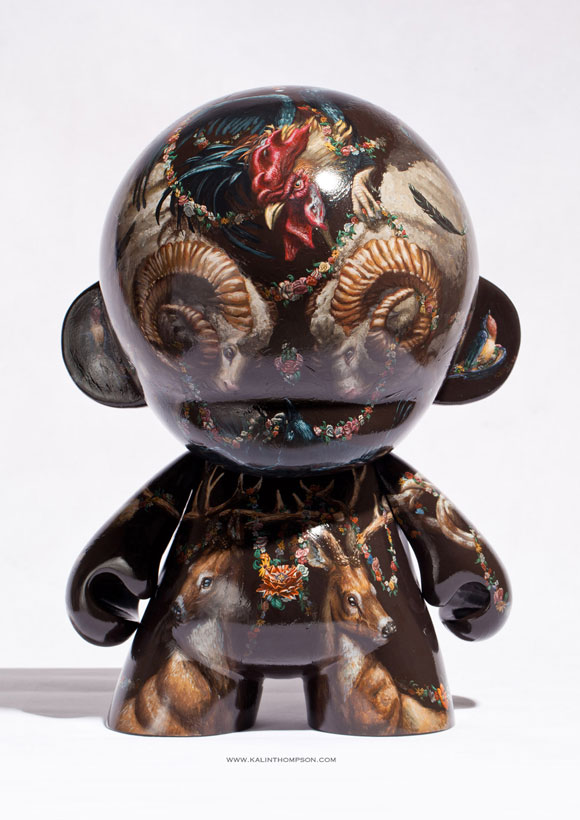 Kalin Thompson wows us with his exquisite custom Mega MUNNY, Quartermaine. Created for Red Bull’s recent MUNNY exhibition at LACED in Brisbane, Mo’ MUNNY Mo’ Problems, Thompson takes a classical approach with this show-stopping 18-inch vinyl masterpiece. The American born, Australian based artist has meticulously applied acrylics using oil painting techniques – blending, layering and under painting. Kalin has clocked in over 250 creative hours in producing this piece, some of which has been captured in his cool time-lapse video below. Quartermaine is now up for grabs on ebay for AU $1,000.

“I wanted to do something different then what the normal toy looks like. I chose to approach it with a very classical style and subject matter. The ram horns make up the eyes; raven for the mouth; feathers for eyebrows, and so on. I wanted to hide a character within the painting to bring essence to the doll and personify it, as opposed to treating it like a flat canvas.” 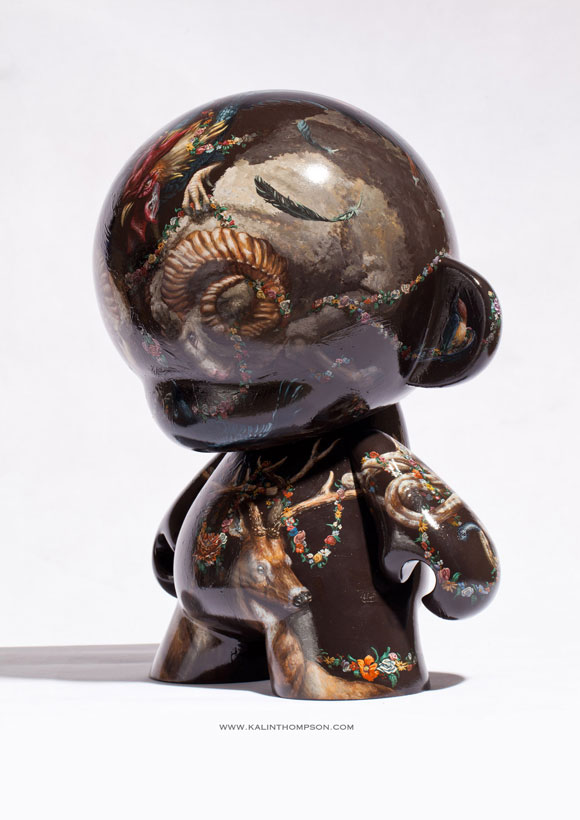 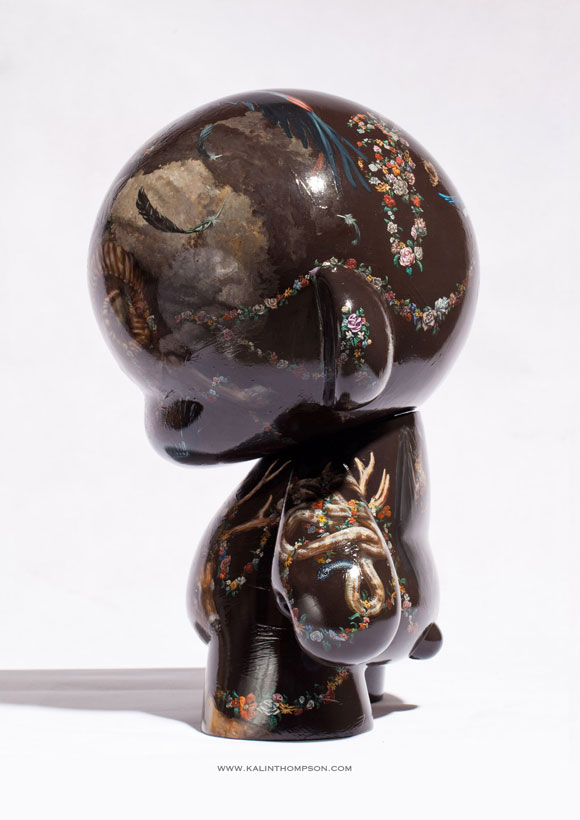 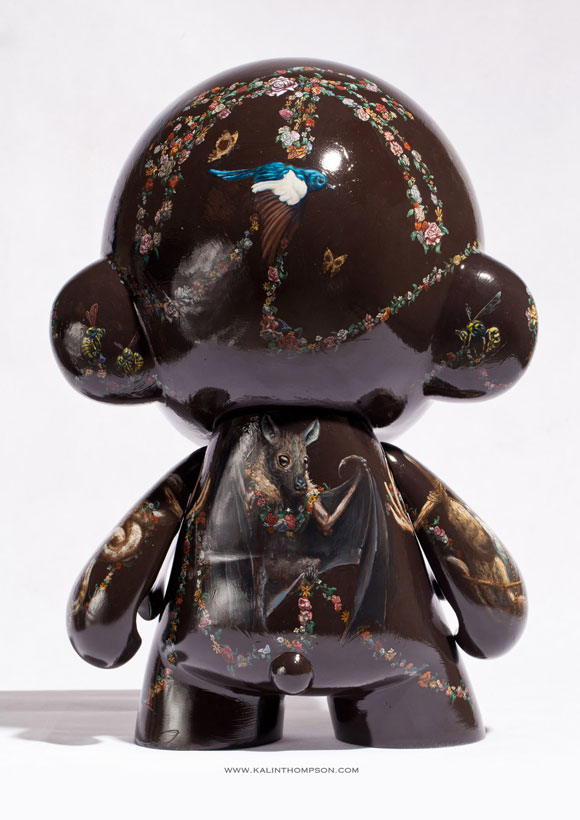 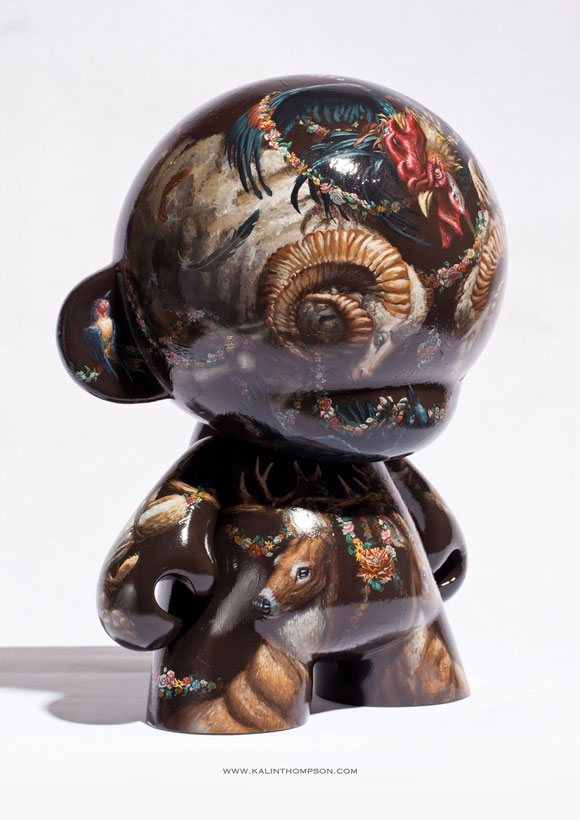 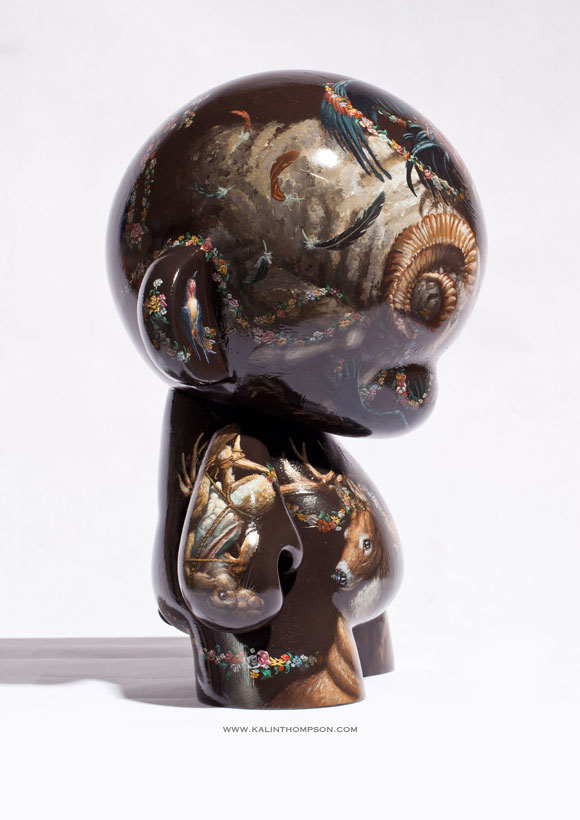 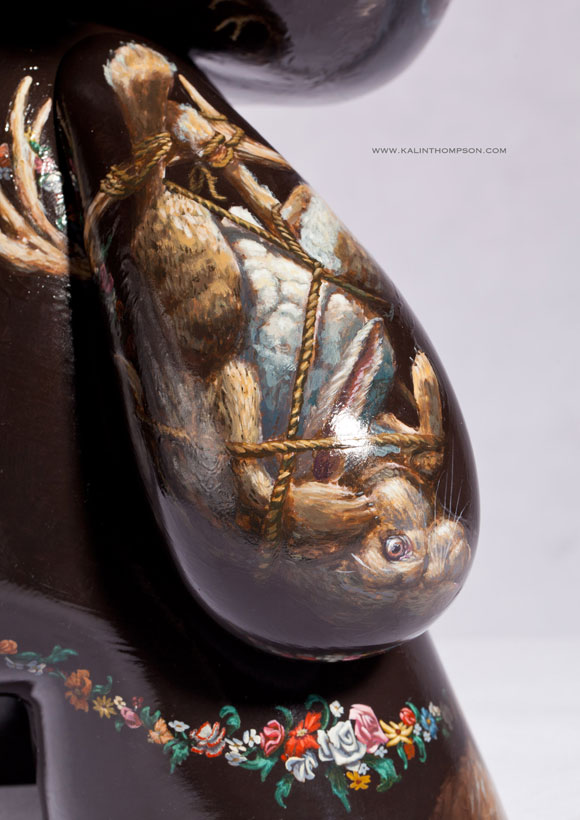 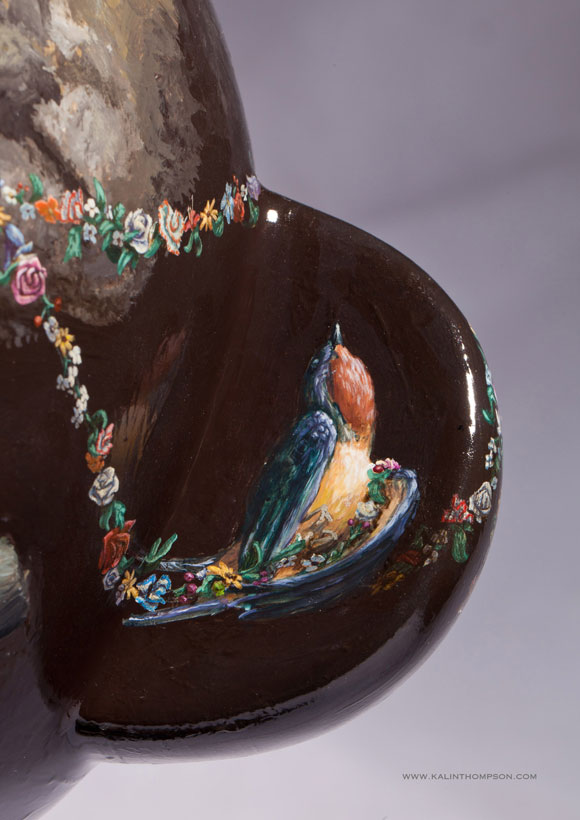 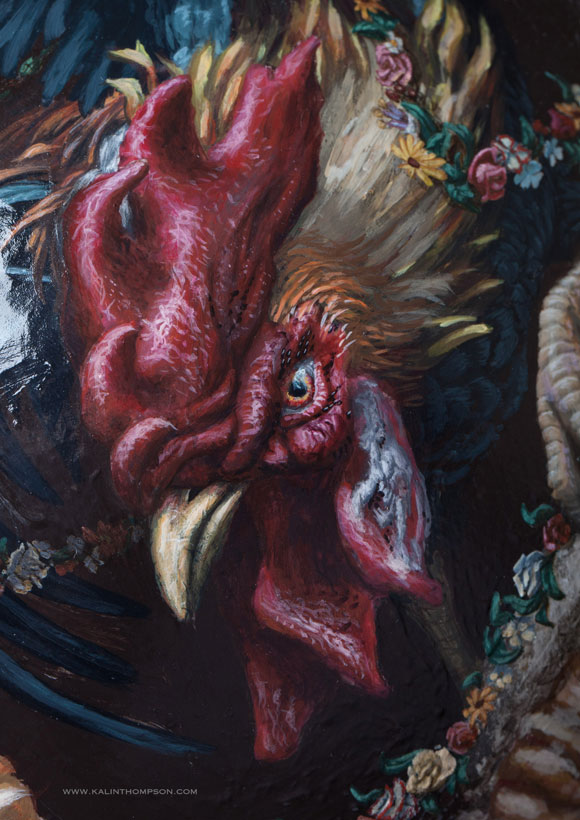 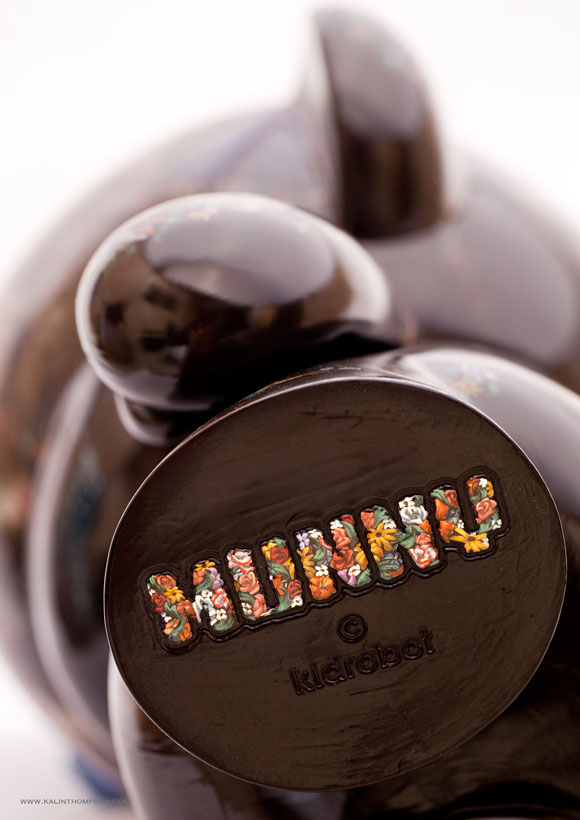 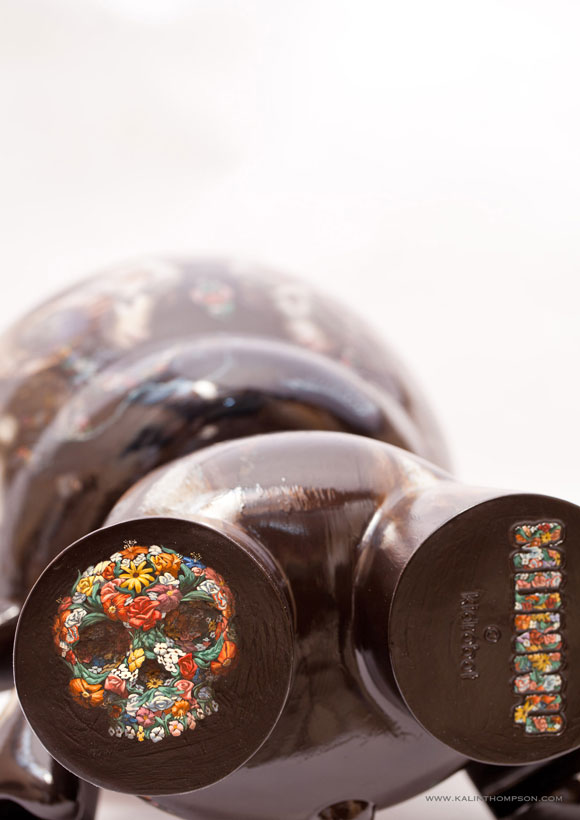