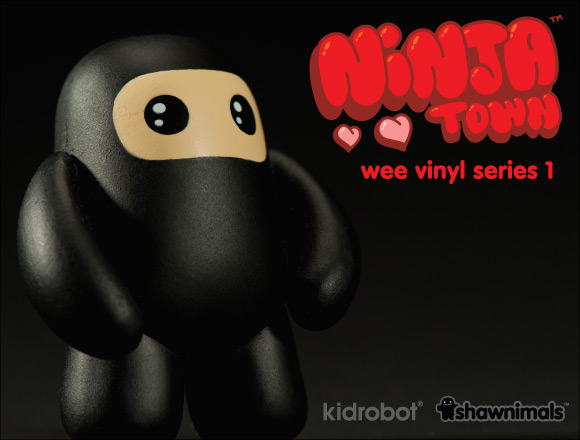 When Ninjatown is invaded by the evil Mr. Demon and his hotheaded minions, it’s up to Wee Ninja and his 3-inch friends to save the day!  Enter the fray with the first ever vinyl Ninjatown blind-box mini series on July 22 in Kidrobot stores, kidrobot.com and select retailers for $7.95 US (£7.25 UK; 8€ Europe).