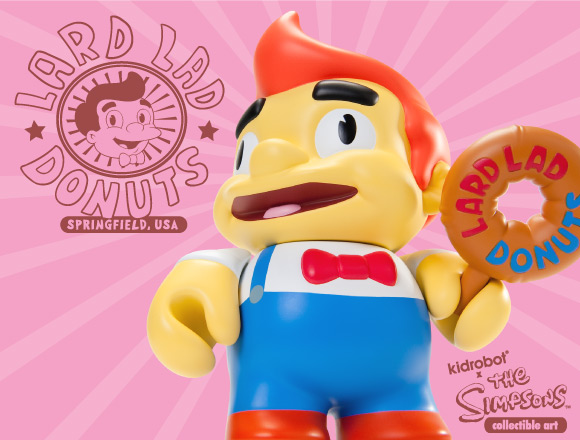 The massive mascot of Homer Simpson’s favorite donut emporium, Lard Lad is 6-inches of donut hoarding vinyl. Get a taste at Kidrobot’s ComicCon booth (#4529) at the pre-release on July 21, on sale for $45 including tax, or in Kidrobot stores, kidrobot.com and select retailers on September 2 for $39.95 US (£36.00 UK; 40€ Europe).