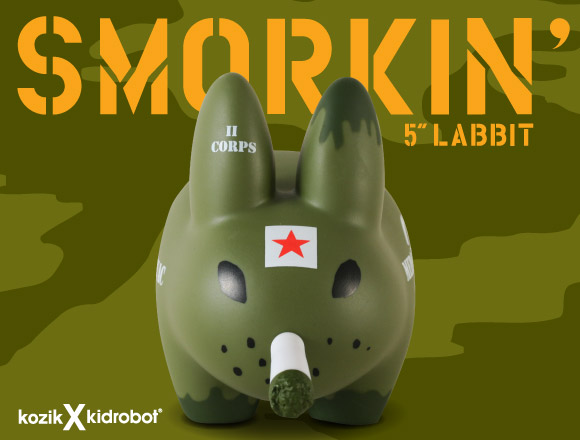 Atten-hut! Frank Kozik’s fed-up furball has been called to active duty: wallowing in misery and satisfying his nicotine fix. This 5-inch soldier of misfortune retails for $29.95 and marches into Kidrobot stores, kidrobot.com, and select retailers on February 4th.