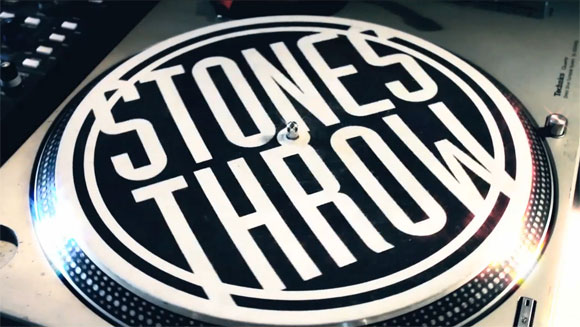 Stones Throw Records is gearing up to drop a ton of knowledge on how it all started for one of the dopest record labels in the industry with their upcoming documentary, “Our Vinyl Weighs A Ton – This Is Stones Throw Records.” No word on when it is to release. Until then, scope out the trailer!

OUR VINYL WEIGHS A TON (This Is Stones Throw Records) Teaser from Gatling Pictures on Vimeo.

[PRESS] “OUR VINYL WEIGHS A TON (THIS IS STONES THROW RECORDS) is a feature-length documentary about avant-garde Los Angeles-based record label Stones Throw Records. Under the direction of founder and world-renowned DJ Peanut Butter Wolf, Stones Throw has consistently released critically acclaimed, left-of-center albums since its founding in 1996.

Drawing on live concert footage, never-before-seen archival material, inner-circle home video and photographs and in-depth interviews with the folks who put Stones Throw on the map, OUR VINYL WEIGHS A TON will delve deeper into the label’s enigmatic artists, history, culture and global following.”