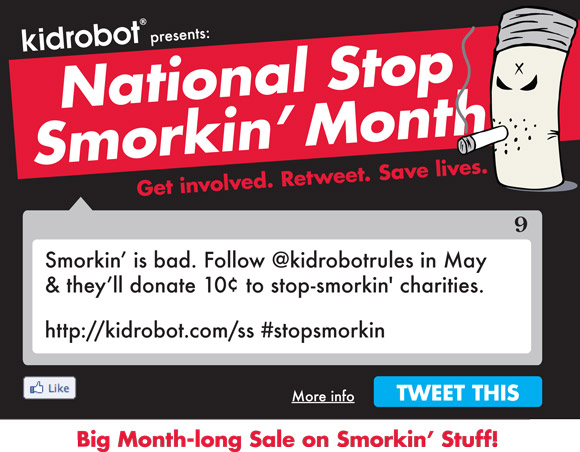 In an effort to raise money for anti-smoking charities, Kidrobot has named the month of May, National Stop Smorkin’ Month. We will give 10¢ to charity for each new Twitter follower it gains this month.  There will be awesome sales, a ton of prizes and some wacky contests, all meant to raise awareness of the risks of smoking. Stay tuned for a new series of Monger animation shorts and watch Labbit slowly die of cancer as he chain smokes all month long.

Not only are we donating to charity, you can also enter to win a black Labbit stool by following @kidrobotrules and tweeting #stopsmorkin. We will draw a winner from everyone, once we reach 26,000 followers (less than 700 to go). So get involved, retweet and save lives.