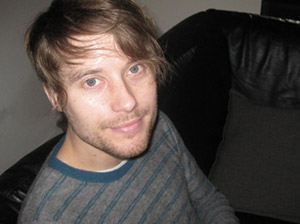 Nathan Jurevicus’ most acclaimed project to date is Scarygirl, described as a surreal, psychedelic composition of heartfelt stories and reinterpreted folklore based around a cute yet slightly odd little girl and her giant octopus guardian. Since its creation in 2001, Scarygirl has attracted a dedicated underground following of fans across the globe thanks to numerous limited edition vinyl toys, designer products, and traveling shows. Scarygirl is now in early development as an animated feature film, online game, and graphic novel.

Read more about Nathan on the KRonikle or shop for Nathan Jurevicius products on kidrobot.com