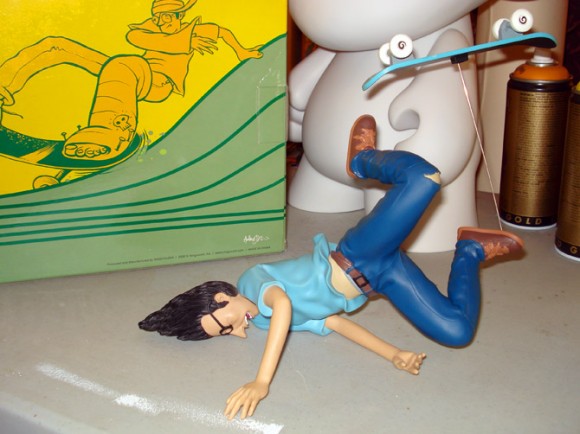 Why is this toy my favorite? Such a hard question to answer. This might not be my favorite, but definitely in the “I’m glad someone made this” column of things I own. This toy represents a lot of my memories of the early 90s when I used to sit and redraw the Wrench Pilot comics and my favorite skateboard graphics at the time. Without skateboarding and the art involved, especially at that point in my life, I would not have been doing creative work at all!