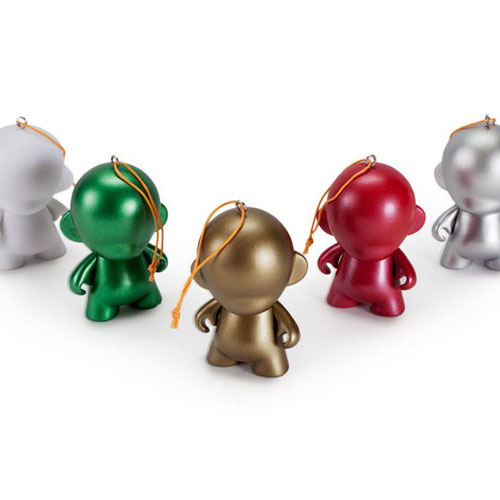 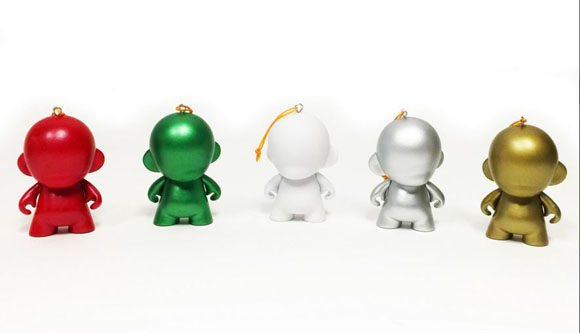 Create your own Christmas!

Who says the days of gathering around old Tannenbaum to decorate are bygone? With enough metallic MUNNYs pre-hung on golden thread for a family of five, the Micro MUNNY Ornament 5-pack lets you customize your Christmas. Packaged in a sophisticated seasonal window box, your tree-trimming parties just got Kidrobot-ified!

Pick up a set right here. 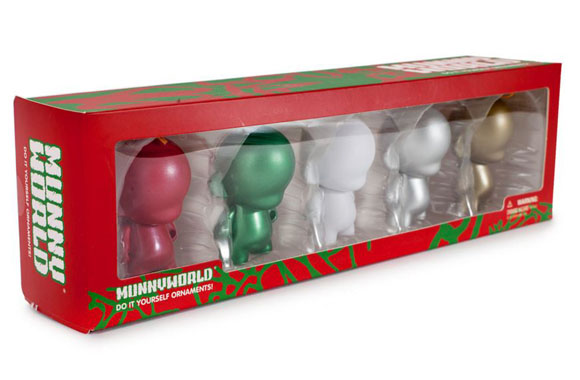 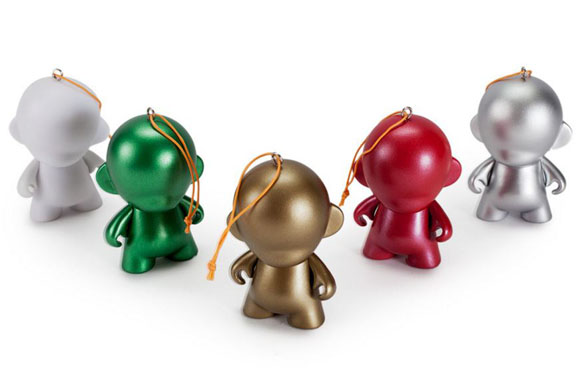