May The Force Of Typography Be With You 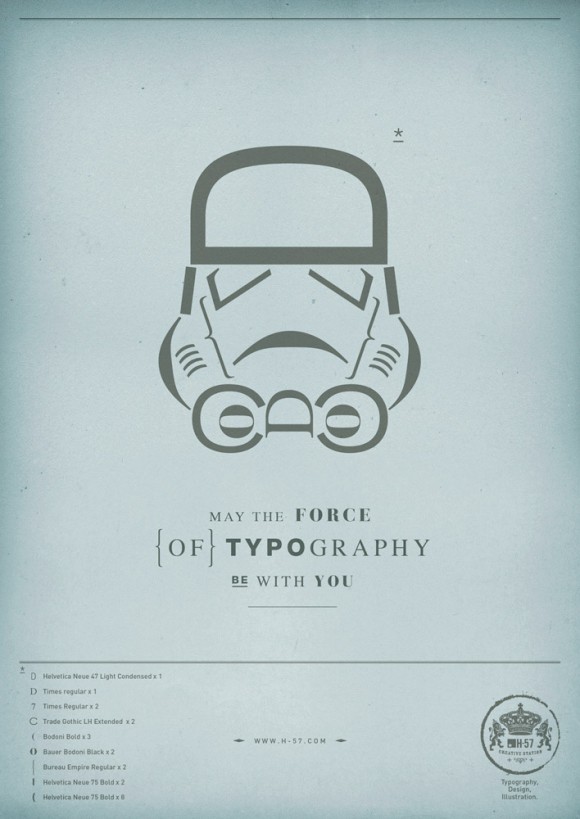 Matteo Civaschi and Gianmarco Milesi of Milan-based H-57 Creative Station shows us the way to channel the force with their clever use of typography. These self-promotional posters touch a nostalgic nerve as they brilliantly create Star Wars character heads out of type. They also come complete with a list of the fonts and characters used in the design. May the force of typography be with you. 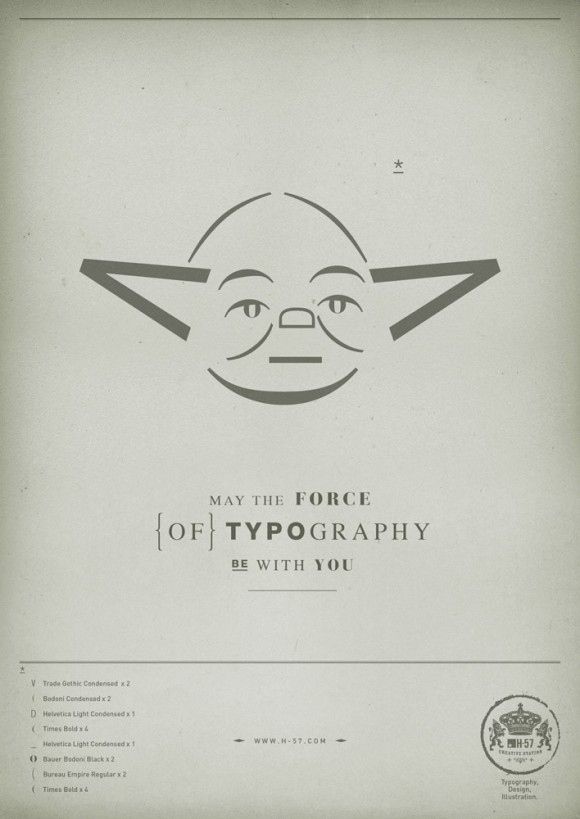 The post May The Force Of Typography Be With You appeared first on Kidrobot Blog.