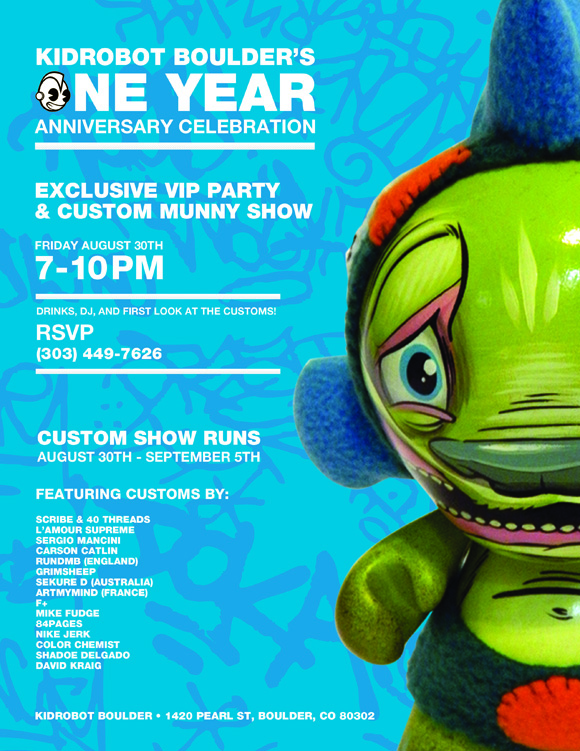 Kidrobot Boulder is Turning One!

The Boulder store is celebrating the first year on the books with an Exclusive VIP Party!

Please RSVP this is a closed event

The extravaganza is going down with live music, food and drinks. Kidrobot Boulder knows how to party, so come early and stay late! Celebrate the amazing art that is our world.