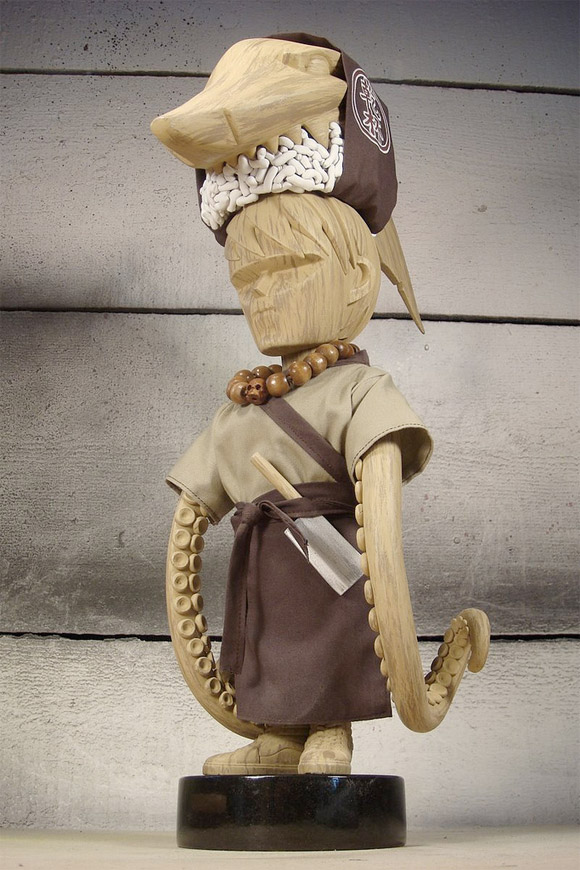 Master customizer and KR artist, Huck Gee takes a fresh approach to a new commissioned character, Kanpai! This amazing re-worked Jaws figure from Coarsetoys is is bit off the beaten path for Huck. Kanpai! is the ancient God of Fresh Fish and Strong Sake and is now a centerpiece for one lucky collector. Bravo Huck! 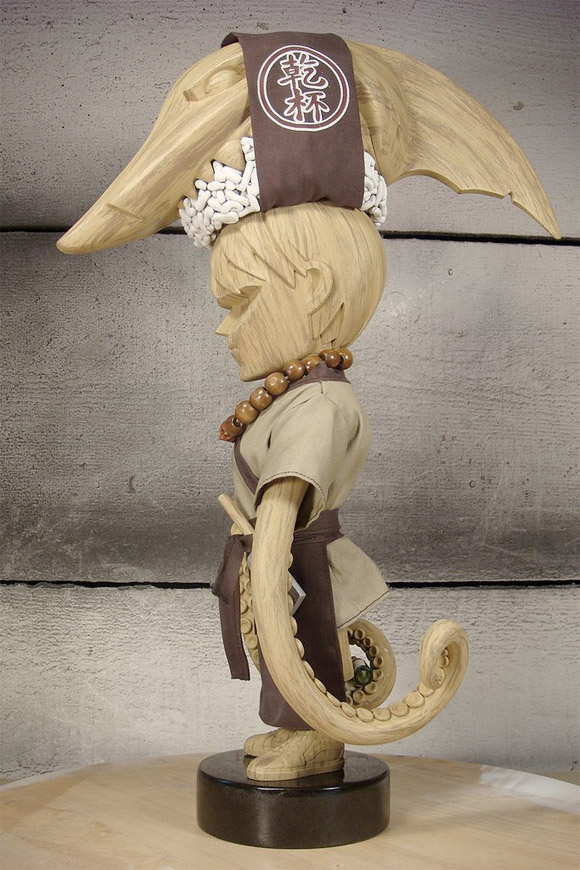 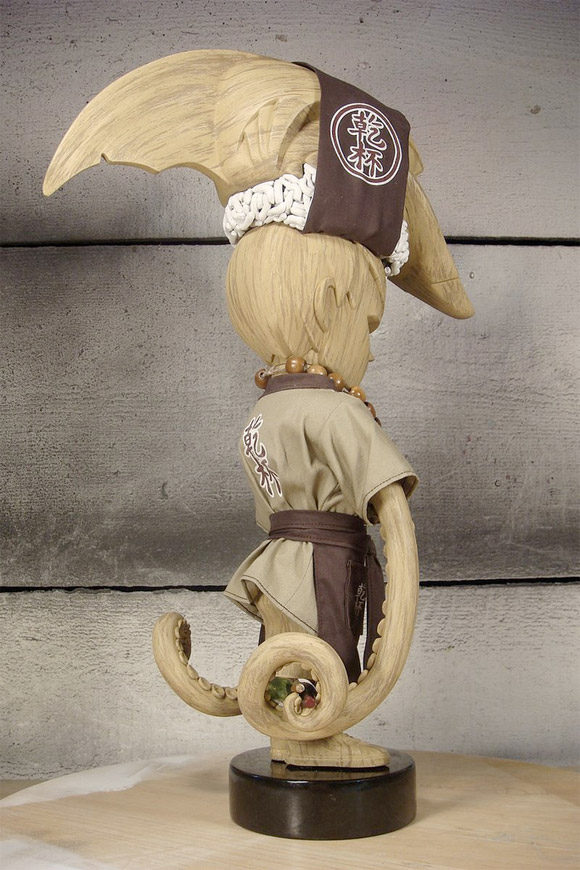 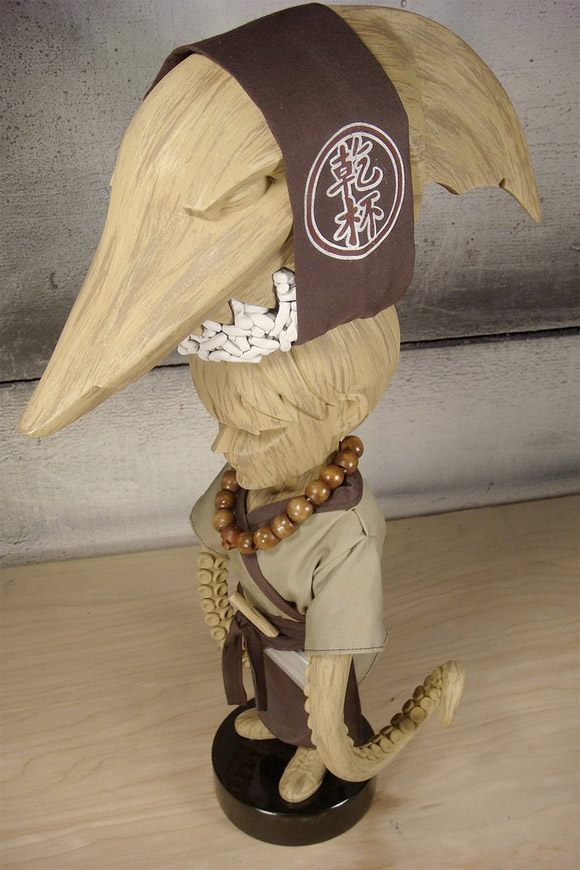 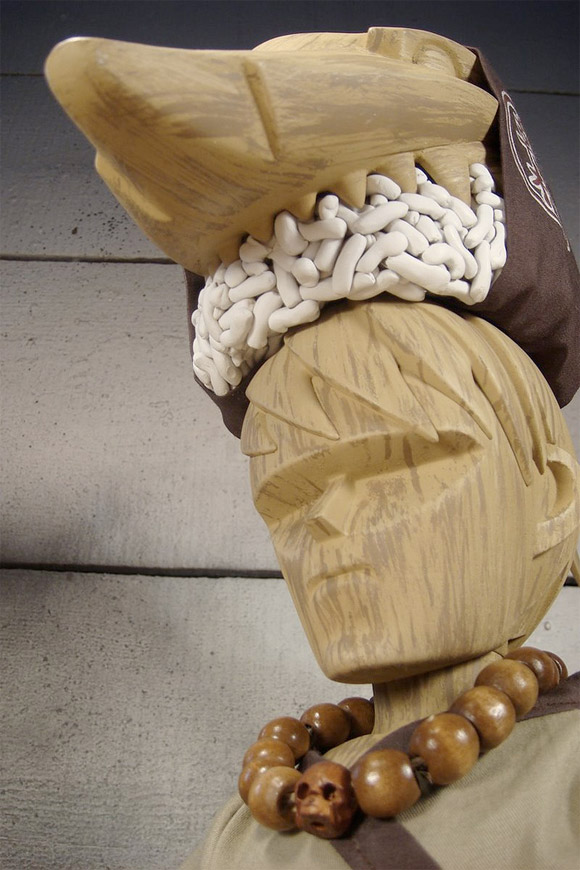 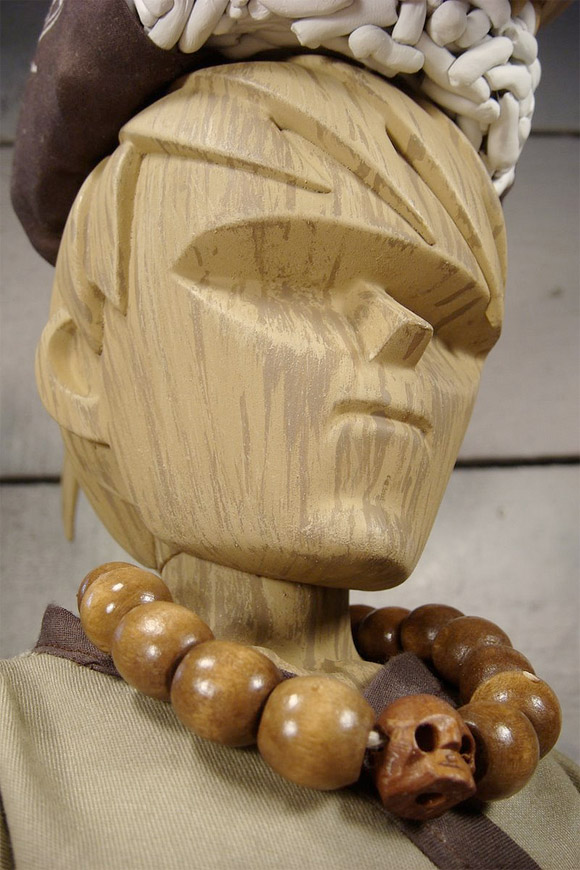 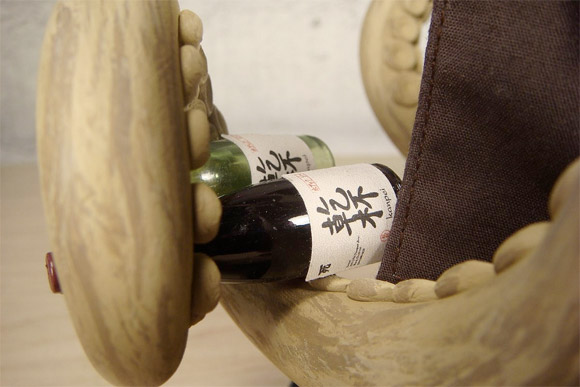