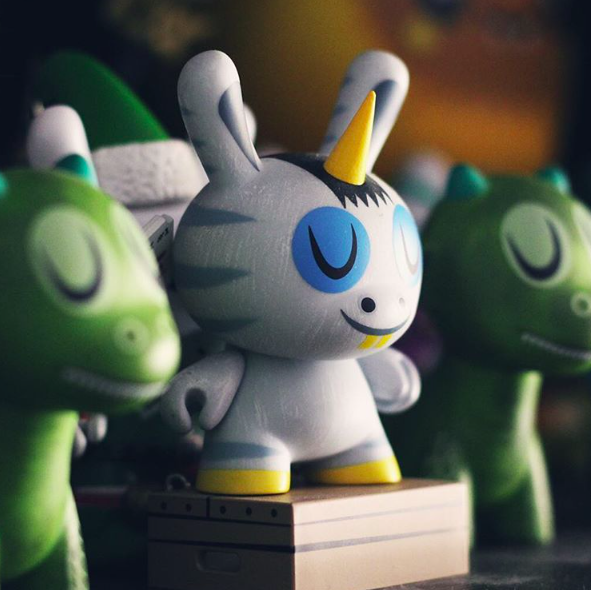 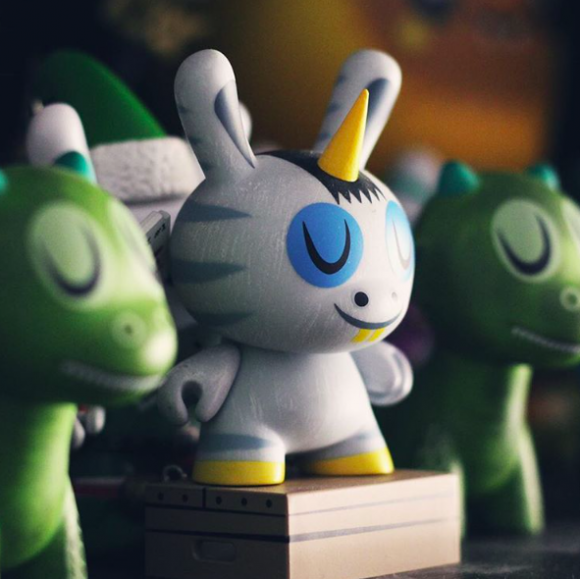 My name is Alec Méndez, I’m an Art & Creative director based in Caracas, Venezuela

I’ve always been a fan of creativity, graffiti and street art. Back in 2002 I was discovering that scene, checking sites like Wooster Collective which featured new ways of expression though art. Michael Lau was starting a new movement, and I was so excited to see how it was evolving at that time. In 2007 I bought my first vinyl toys in Argentina (a small Bearbrick and a couple of Acid Sweeties from Doma & Kidrobot), and it all started. I’ve never stopped since then.

I’m a regular guy, but with my toys I turn into true OCD freak. Not just getting freaked out when someone touches them, but I need to display them in symmetry. I often buy 2 figures from my favorites, and rarely trade any duplicates from the blind boxes. I’m sure I’m not the only one! 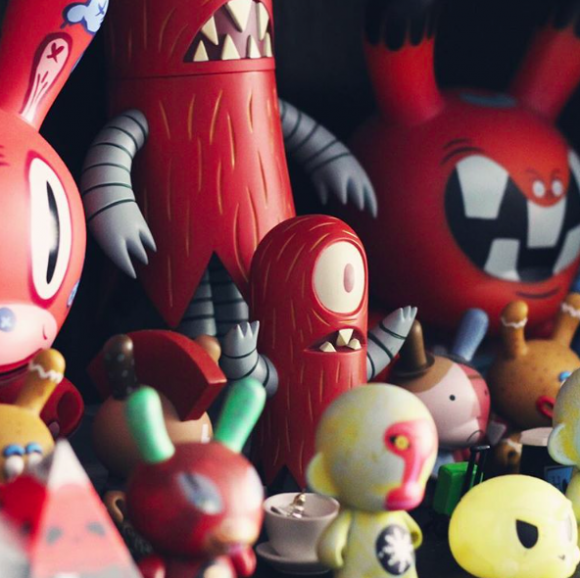 In an apocalyptic scenario I would definitely grab my signed Wood Labbit from Amanda Visell & Frank Kozik. It’s small, hard to find and I’m sure it can be traded for food and a horse. (editors note: best answer ever!!!!!) 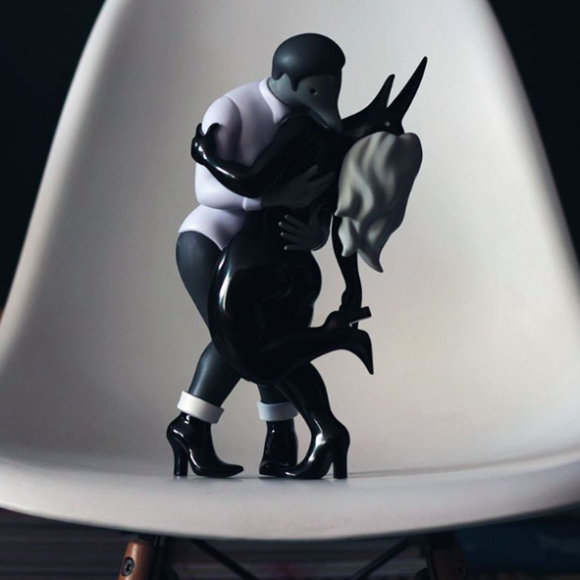 I’m a big Amanda Visell fan, and the her 20″ Zebracorn Dunny would be an awesome addition to my collection. Her Last Days of Autumn series is awesome too.