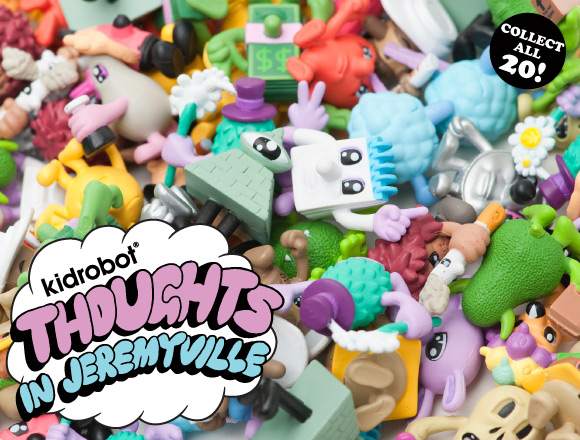 Stream of consciousness. Each of the 1-inch musings in this mini mini series from Austrailian comic artist Jeremyville represent everything that’s on his mind, from love and money to death and cheeseburgers. Blind-boxed and retailing for $3.95 US (£3.75 UK; 4€ Europe), the Thoughts in Jeremyville Mini Mini Series are now available at all Kidrobot stores, kidrobot.com, and select retailers.