DUNNY 2013 Side Show Has Arrived! Step Right Up!

Step right up! Step right up! Prepare to be dazzled and mystified by the new Dunny Series 2013: ‘Sideshow’, featuring 20 designs by 14 artists.

Kidrobot’s annual Dunny role out is on the shelves TODAY, June 14th! As show time draws near, the abnormal assemble to create the annual Dunny release.  This sideshow theme boosts new and classic sculpts, stepped up paint treatments and distinct enhancements. If you can handle seeing all these acts in one sitting, you will be left to a world of wonder.

You’ll be glowing with envy if you let this exclusive sneak by you.

Will you get your hands on the coveted chase before curtain call?

Each Dunny retails for $9.95 and can be found at Kidrobot stores, kidrobot.com, and select retailers worldwide.  With a case purchase [20 units] receive an EXCLUSIVE Dunny! (limited supplies.) 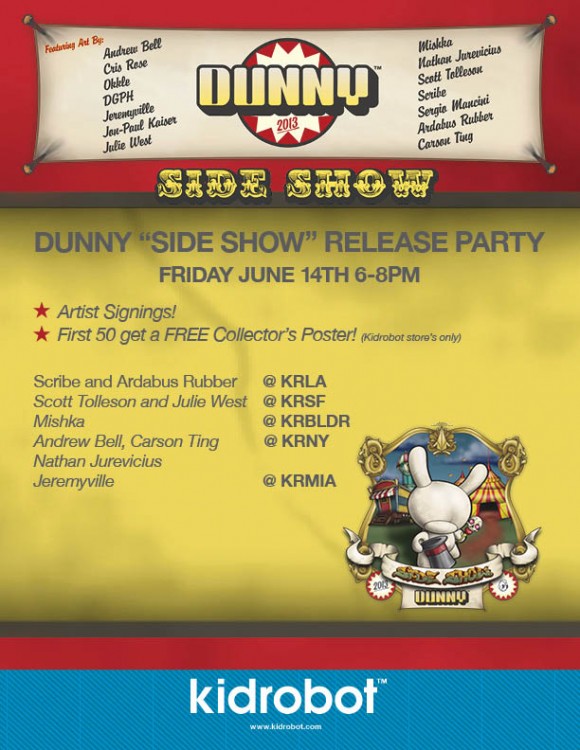 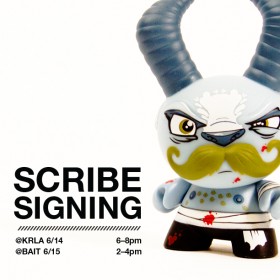 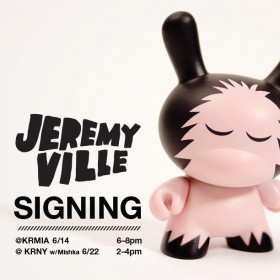 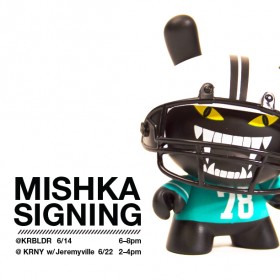 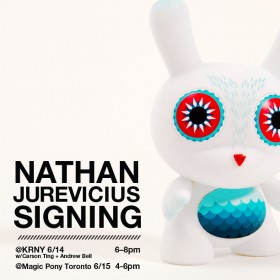 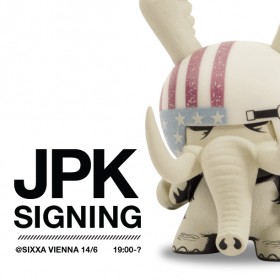 The post DUNNY 2013 Side Show Has Arrived! Step Right Up! appeared first on Kidrobot Blog.