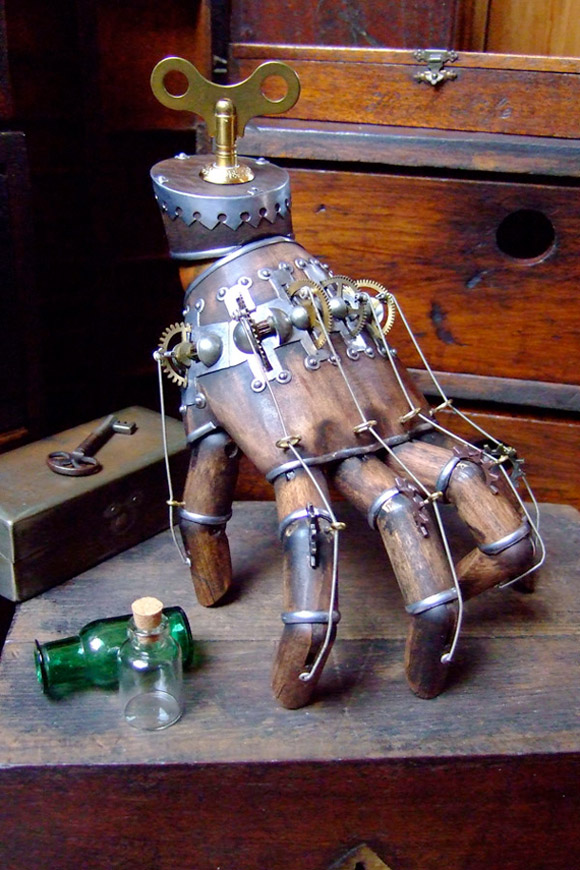 Eccentric UK artist, Doktor A has finely crafted a steampunk version of Thing for the The Addam’s Family group show at the Wootini gallery. This five fingered wooden appendage stands 7-inches tall and is constructed of rubberwood, lead, brass, copper, steel and found objects. Modestly priced at $1,400, this masterwork sold quickly at the opening this last week. 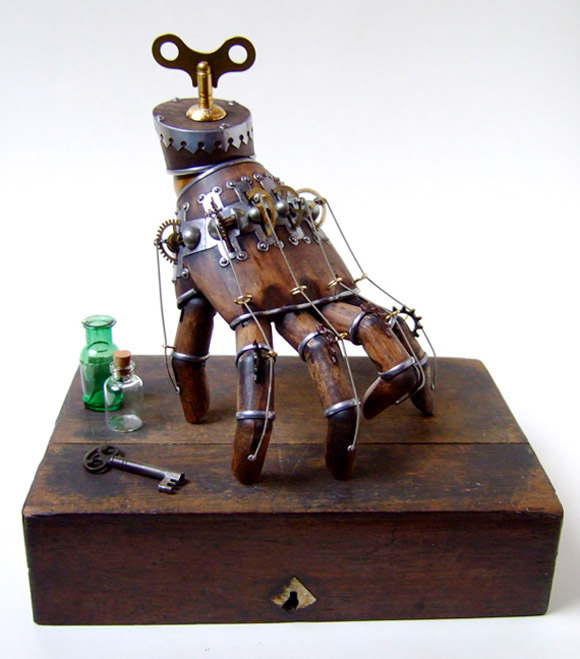 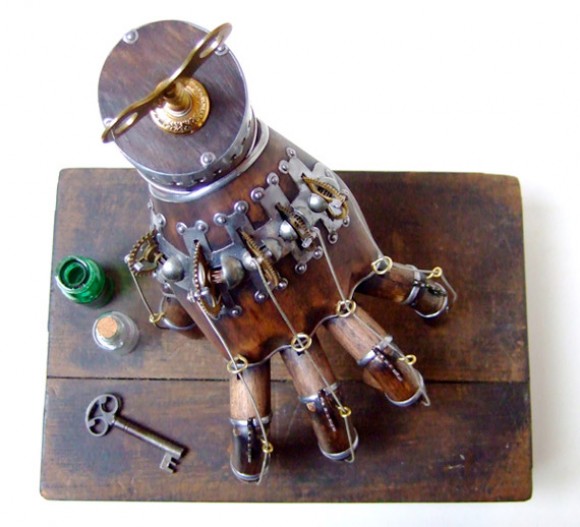 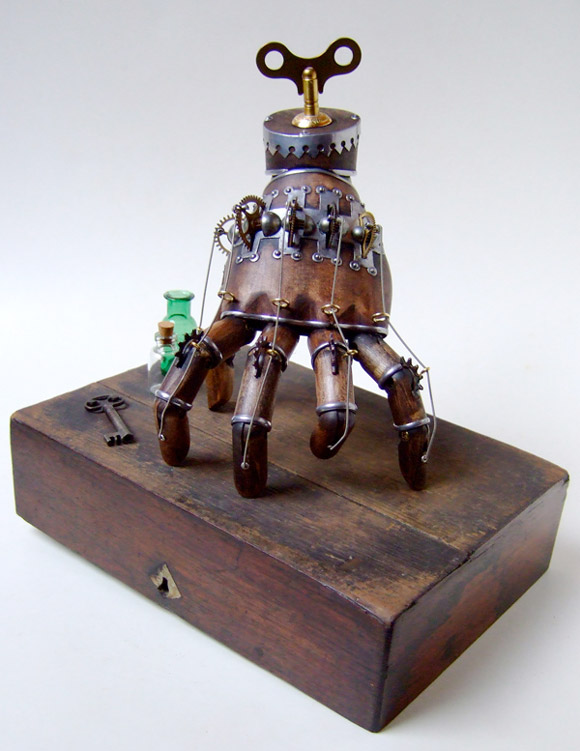 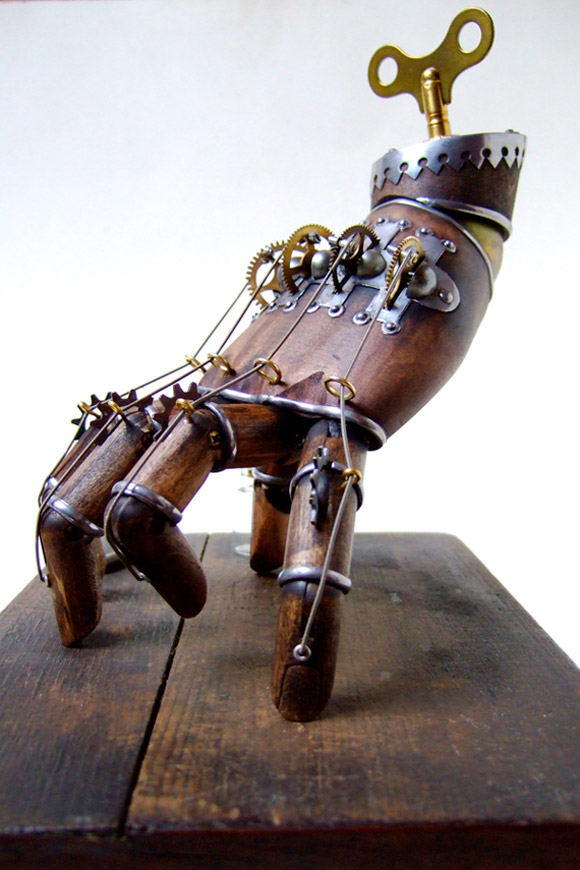 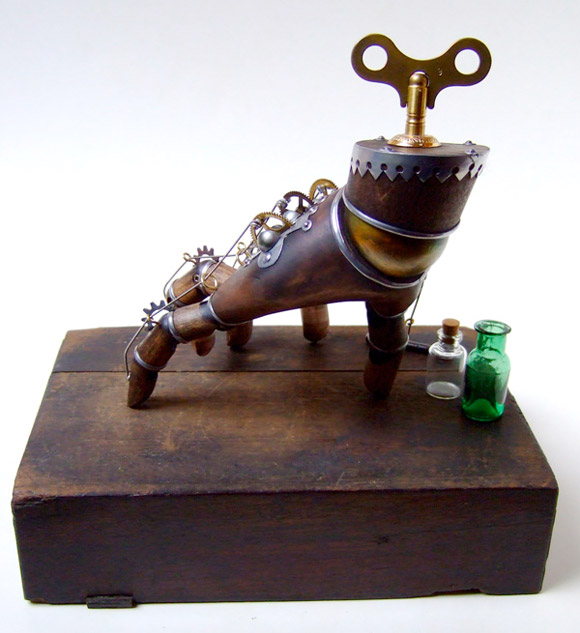