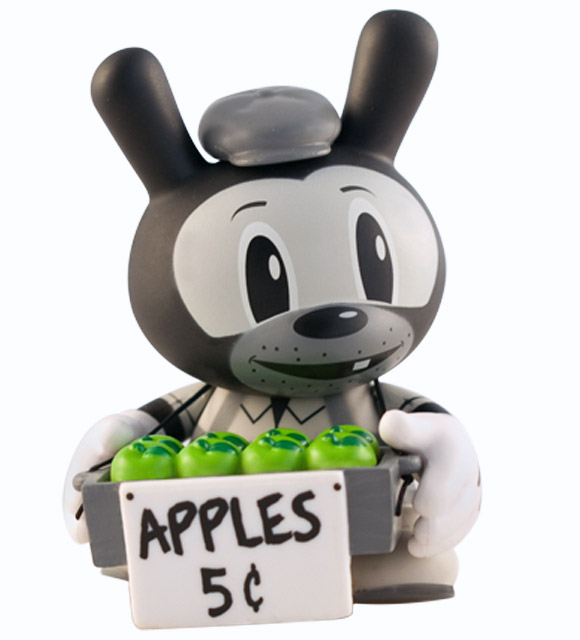 Only one day left until the world wide release of Dunny Series 2010. Kidrobot has slowly revealed the series in our DS 2010 advent calendar where you can learn about the artist and their Dunny inspiration, as well as find the nearest  launch parties including all Kidrobot stores. The Daily Dunny for Day 18 is a design by Frank Kozik.

Contest: What was the name of Frank Kozik’s now defunct record label?

Enter to win to win a 3-inch Mustard Dunny by Sket One. Email the correct answer to Dunny2010@kidrobot.com by 11:59 pm PST tonight to enter in the drawing.

Congratulations to Criss M. You won an exclusive Mustard Dunny.