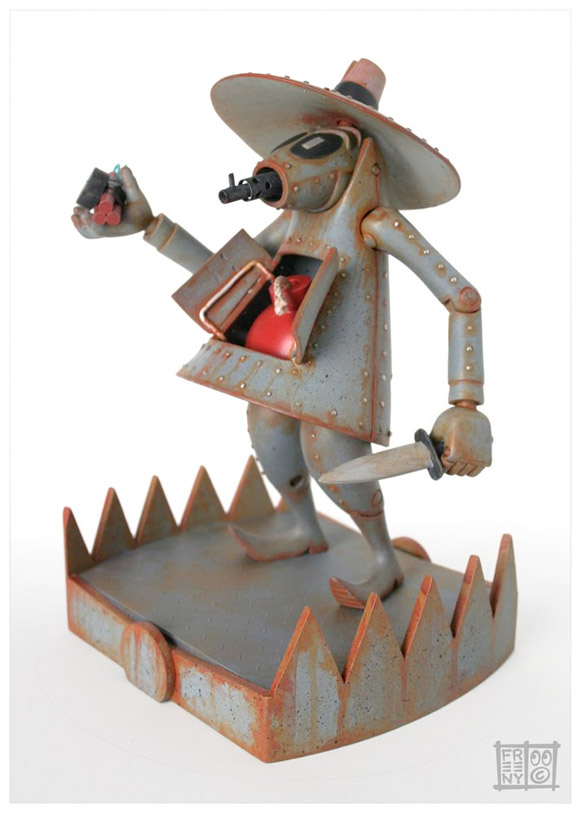 Notorious for his amazing toy anatomy, Jason Freeny will be participating in MAD Magazine’s 50th Anniversary of Spy Vs. Spy. His latest custom work is a brilliant interpretation of the famous comic as a rusty metal decoy. Jason has painstakingly hand crafted details that include a machine gun nose, cherry bomb in the belly, some dynamite with a timer and a double edged dagger all atop a bear claw base. Keep an eye out this year at SDCC as this will be on display amongst many more artistic interpretations. Head over to Jason’s Facebook page for the step-by-step documentation of how he created this awesome toy! 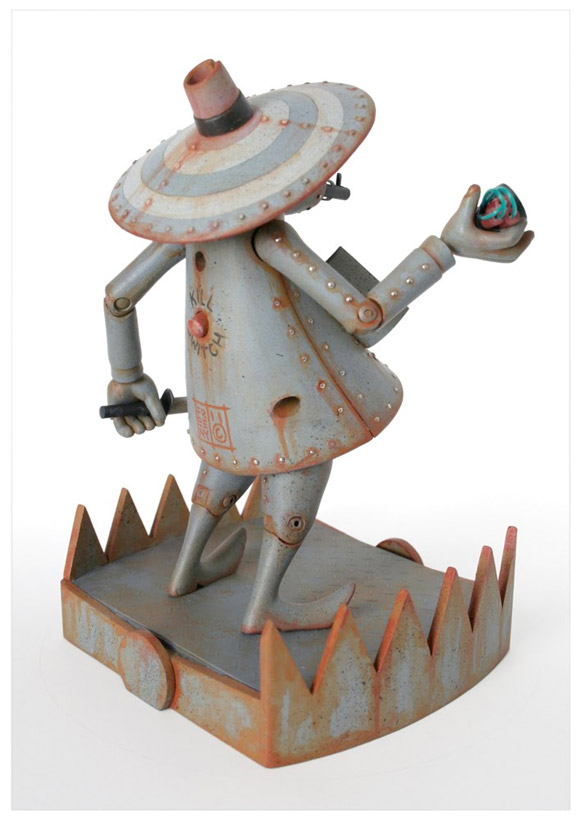 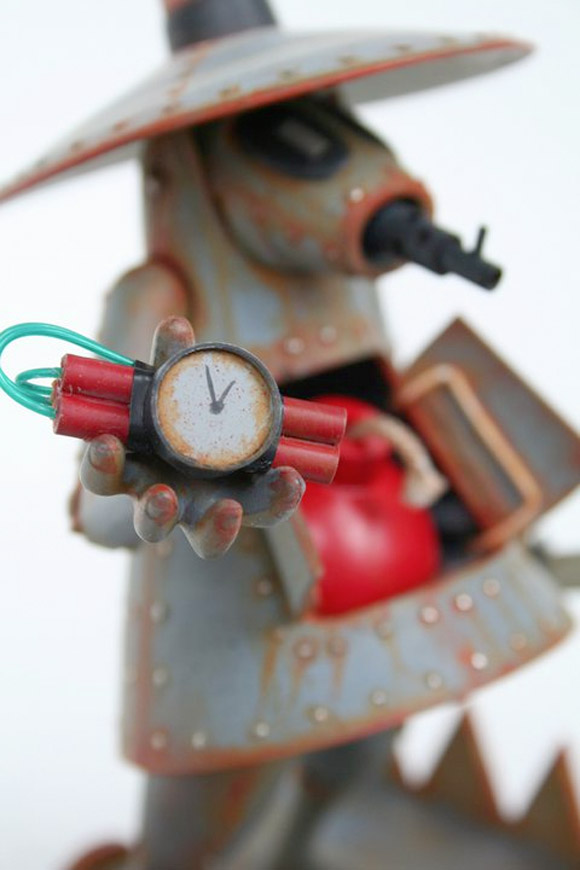 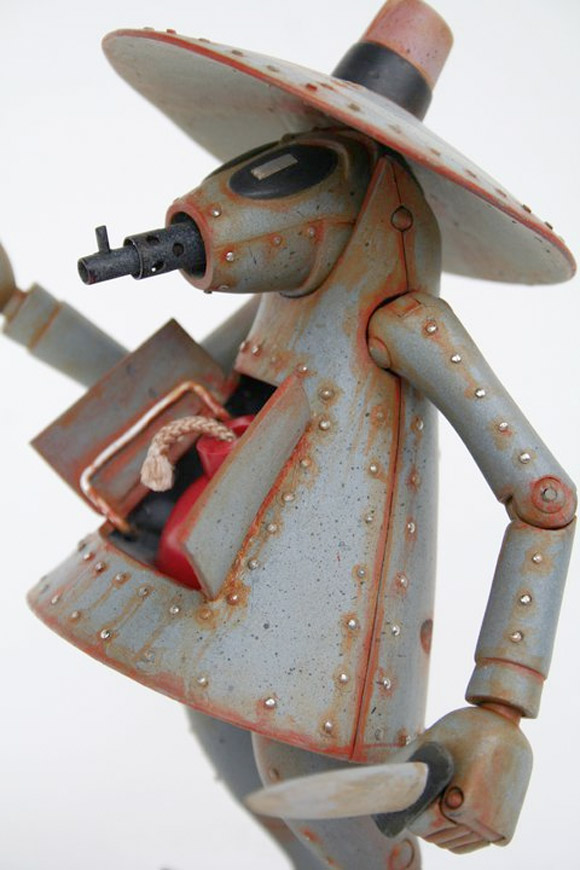