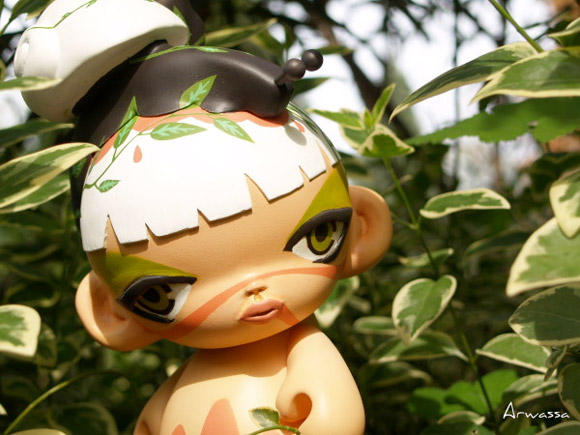 For more inspiration during MUNNY MUNTH, the KRonikle will feature Custom Control, an inside look at the progression in creating a custom MUNNY! This week we take you into the world of Spanish illustrator and toymaker, Arwassa and her amazing Snail Queen. The Snail Queen is available for purchase at Mondotoyz.com.