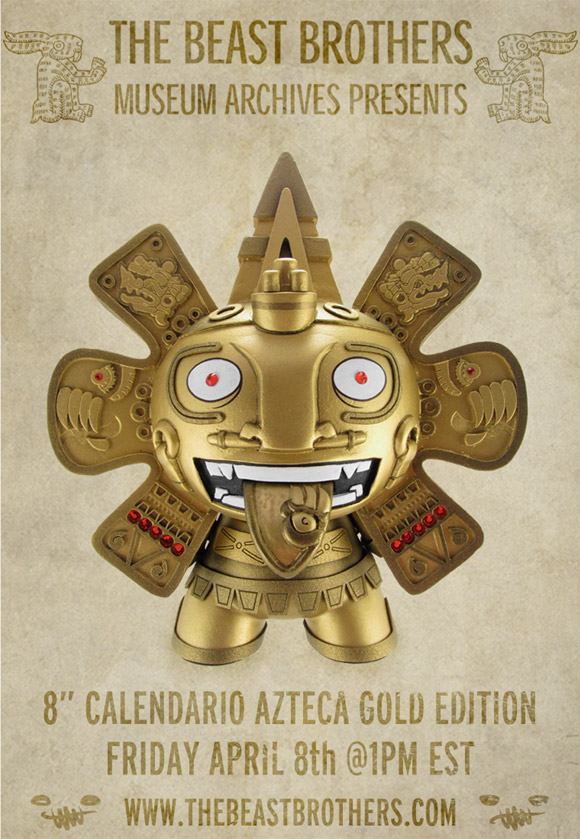 [PRESS] Straight from the crate of The Beast Brothers Museum archives – 8″ Calendario Azteca Gold Edition! The most sought after design in the Dunny Azteca 2 Mini Series is now supercharged into a larger-than life custom. This insanely detailed 8″ custom is hand painted and adorned with Swarovski Crystals. And each artifact is packaged in a laser engraved wooden box. Just like the gold version in the series, this custom will be very rare. It will only be available for sale Friday, April 8th for ONLY 24 HOURS. After that, the golden calendar will be buried forever.