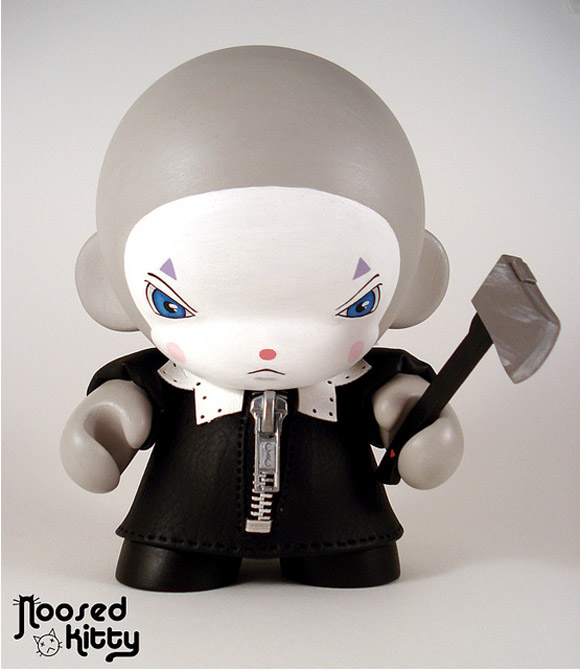 New York artist, Noosed Kitty has devised a clever yet deviously creepy custom Clown MUNNY. Its simplicity and conviction of expression is very impressive. The customized clothing and little creature sculpted in the back takes it to the next level. The Clown MUNNY was created for the Hippopotomonstrosesquipedaliophobia group show at Toast Coffeehouse in Port Jefferson, New York. 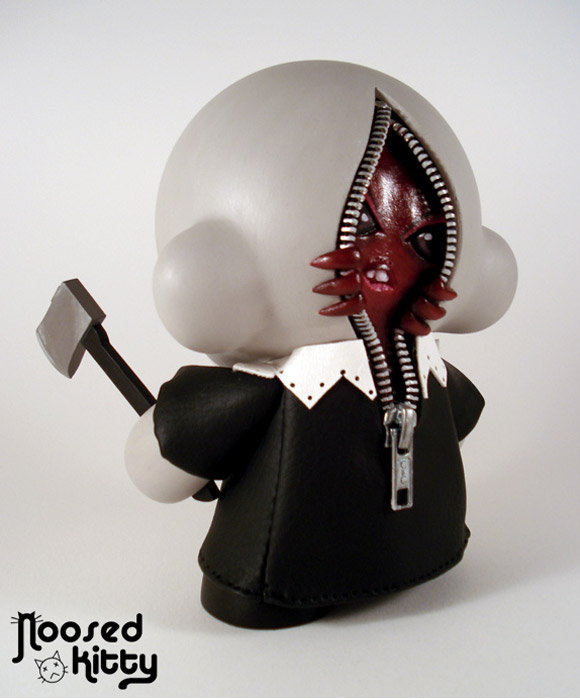 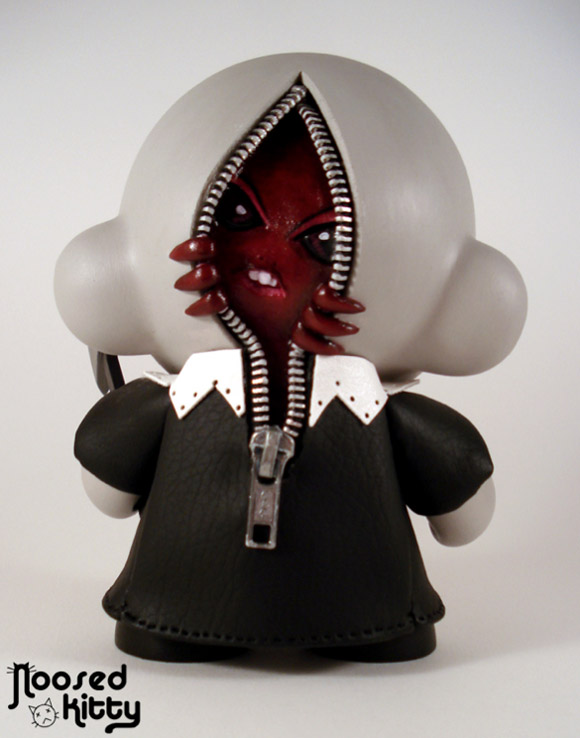