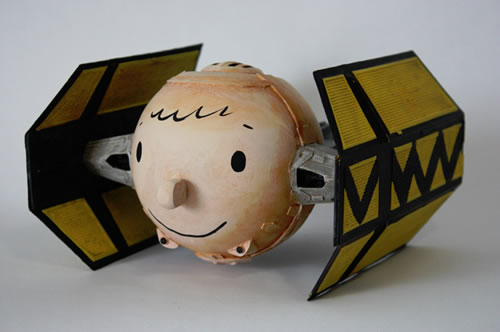 What a strong one, this one. Charlie Brown may be a doormat in the strip, but that doesn’t mean he can’t be fierce when taking on some Rebel scum. Check out this great model by Tom Torrey. Good grief.