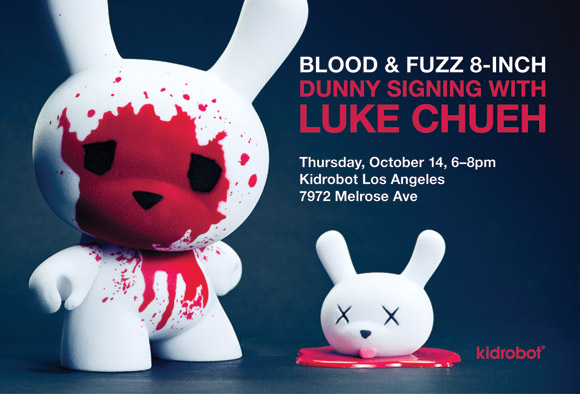 Get your paws on Luke Chueh’s fantastically morbid, 8-inch Blood & Fuzz Dunny and have it signed by the man himself tonight at Kidrobot Los Angeles. Luke is best know for his adorable twisted animal characters. Expertly combining the innate cuteness of his bears and bunnies with themes of violence and despair, Chueh’s art is as striking as it is enigmatic. The signing is from 6-8 pm tonight. Blink and you might end up decapitated yourself – or worse, you’ll miss this homicidal masterpiece.