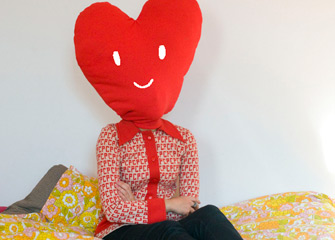 Aya has ever-changing weekly obsessions. This week’s are clavariaceae and star-nosed moles.

She also elaborates on lots of theories about a lot of things. When Aya doesn’t indulge in her obsessions, she paints and draws, creating her own whimsical narratives.