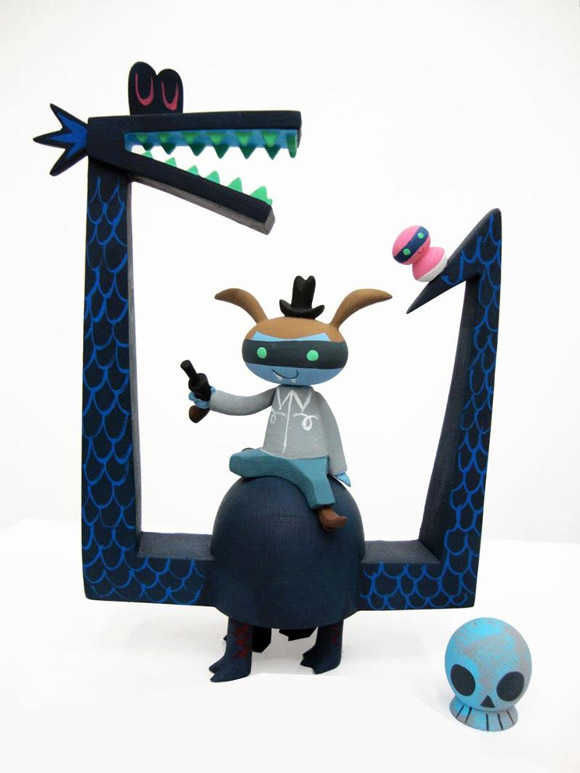 Tic Toc Apocalypse mini series creator, Amanda Visell, has just released the Death Dragon. This 4th edition to the Zoo Trip Series is cast with resin and painted by hand. Limited to 25 pieces, it comes with a death rider girl, a skull and a matching signed print. Conjure up $400 and this little beast is yours. 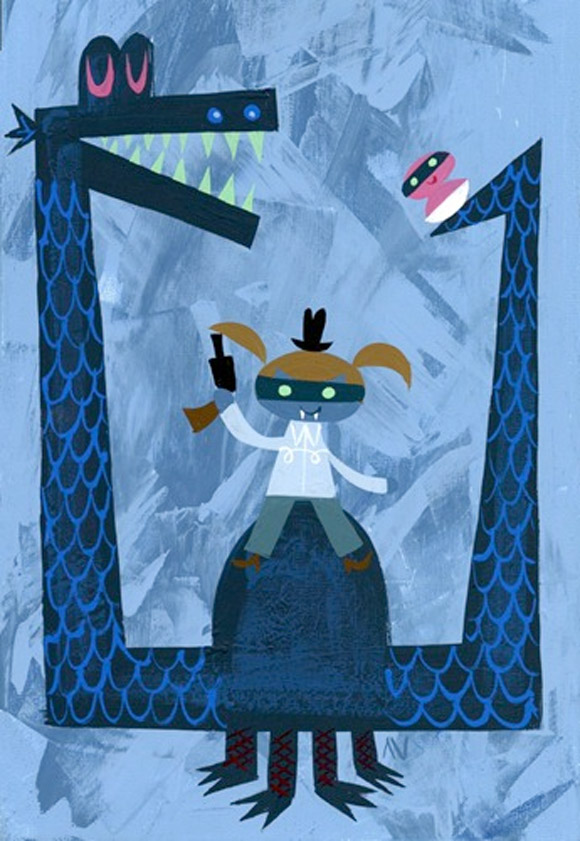