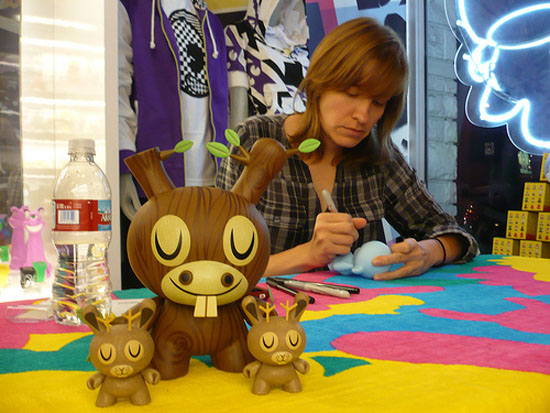 There is simply something magical about Amanda Visell and all her work. Maybe it is that Disney relationship, but we think it is all her. Many of us know this amazingly talented woman from here numerous Kidrobot creations like: Jackalope plush, Tic Toc Apocalypse mini series, Log stool, and some of the most sought after Dunnys and Labbits ever made. In reality, she is far beyond just a painter and creature of books, clothing, prints and sculptures.

Amanda Visell grew up with a crazy love for vintage Disney. Mousketeers, war era cartoons, a different time. She spent her teens in the pacific northwest during the riot grrl music movement and was captivated by the large community of independent artists and their overall message of equality.  She moved to Los Angeles to pursue a career in visual development for animation, eventually becoming a designer and sculptor on stop motion segments for shows like The Simpsons and the feature film Elf. Her career took a sharp turn when she started showing her paintings publicly. Since 2005 she has exhibited her work, lectured, and taught workshops  at galleries and museums internationally (not just Canada). She has partnered with brands to develop product lines based on her artwork including Disneyland U.S.A and Kidrobot. In 2007 she formed her own design brand, Switcheroo with notable artist Michelle Valigura. She currently lives in northern Los Angeles with chickens and dogs, she did not go to college.​

The collaborative efforts between Visell and Kidrobot is deeply rooted, and those roots are getting deeper and deeper every year. That is enough of a tease for now!

Now to show off some of her accolades. 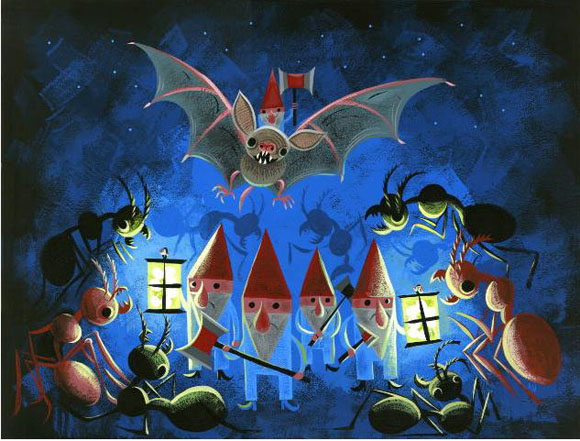 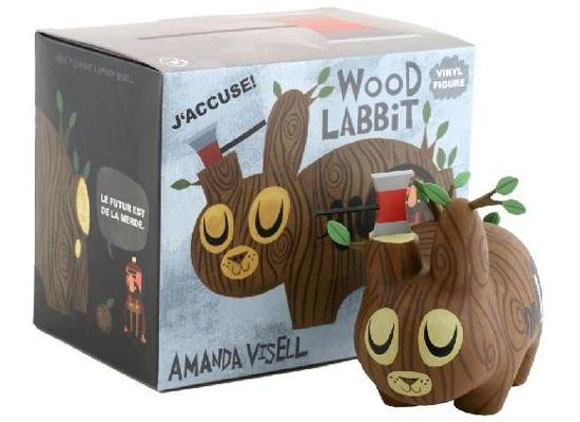 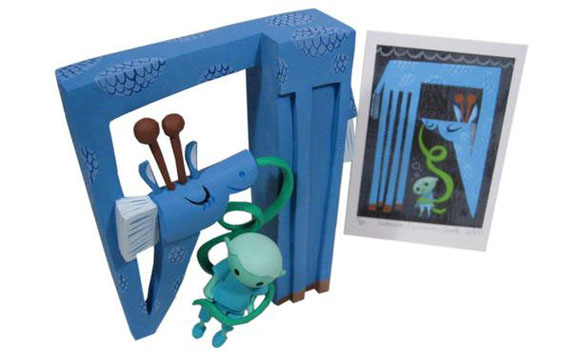 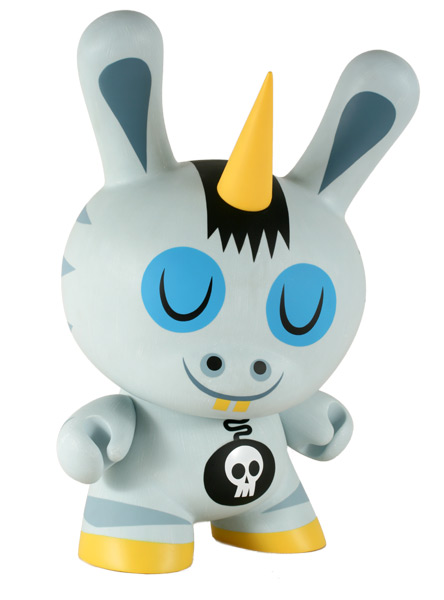 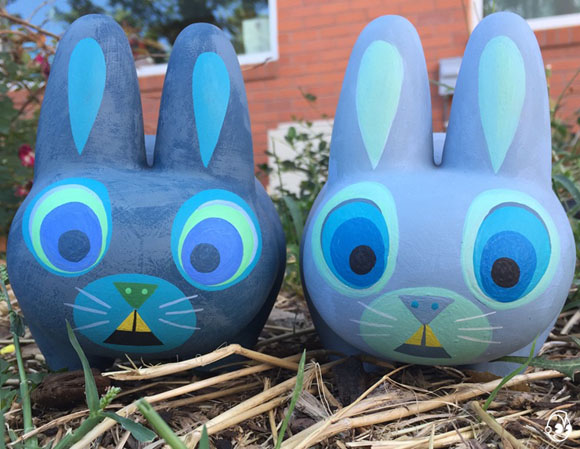