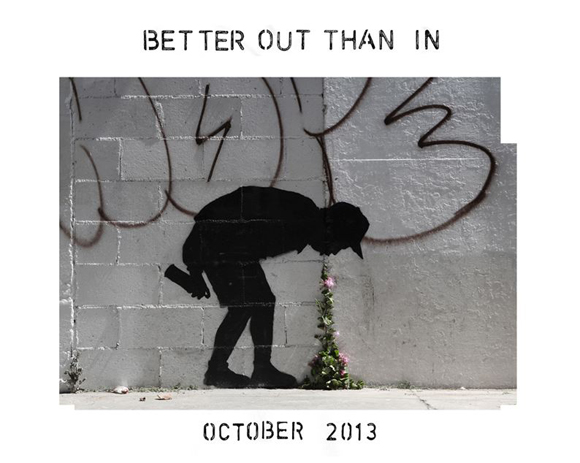 Let the speculations stop now that Banksy has changed his website with the image above and created this one. We haven’t seen any new work from the artist since the London Olympics, and rumors have swirled for a while that there was even a move to Los Angeles. Now we know that “Better out than in” will be awesome! For the next month Banksy will be attempting to host an entire show on the streets of New York. Get ready NY! You can follow his exploits on the new Instagram too http://instagram.com/banksyny#