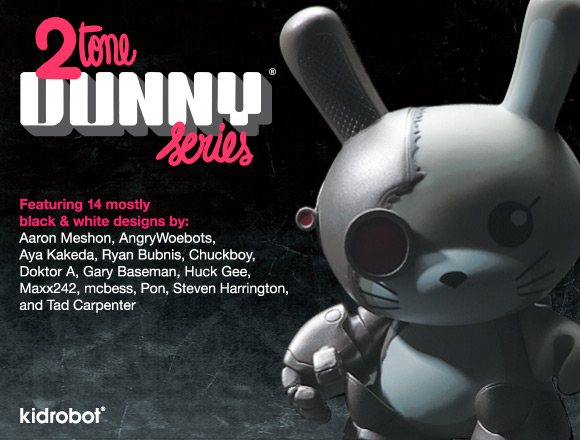 The world’s greatest vinyl canvas is back in an all-new hyper series featuring monochromatic reimaginings from thirteen supremely creative artists with 14 different Dunny variations including androids, sports fanatics, Japanese gangsters, and zombified birds. Each blind boxed, foil wrapped 3-inch grayscale figure features one additional color to make your eyes go pop! Some figures come with accessories. Get yours now for $9.95 at all Kidrobot stores, kidrobot.com and retailers around the world.

Hit up our Facebook page for a super special deal on 2Tone case packs for all fans of Kidrobot. That includes you too European shoppers.