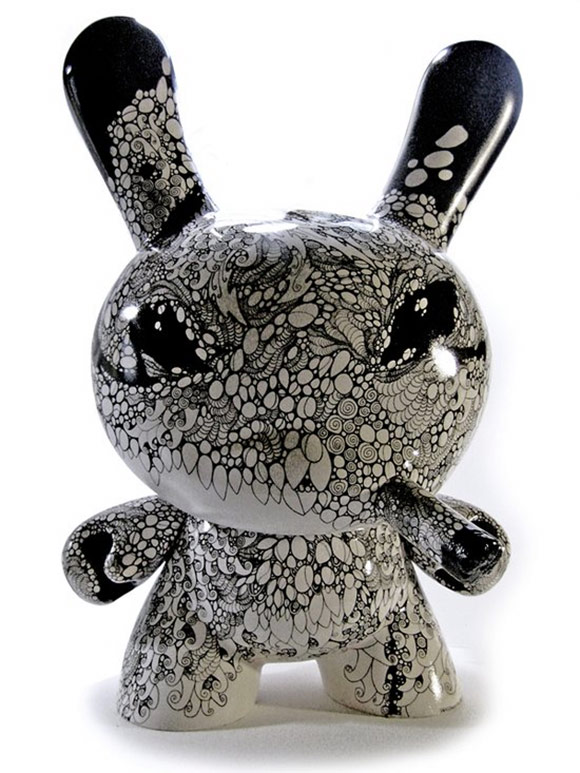 Dynamic illustrator, Optikmass is stomping out smorkin’ with a larger than life one of a kind 20-inch Redrum DUNNY. It is rare to see a custom work on such a large platform. The contrast will grab your eye and the details will suck you in. Scope out more work by Optikmass on his Flickr page. 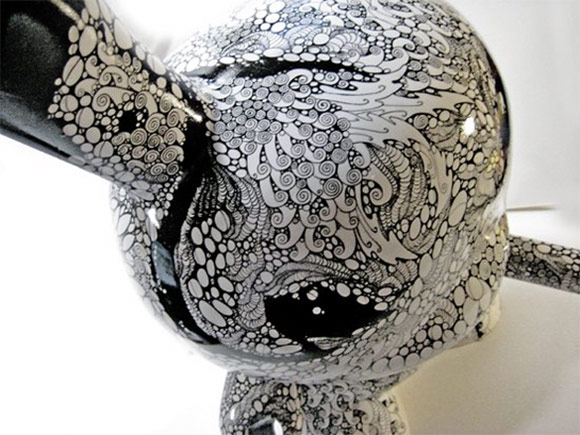 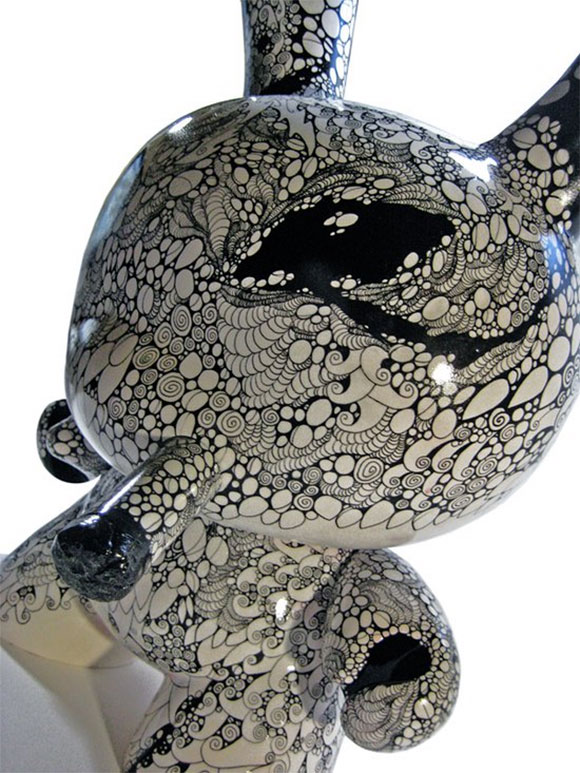 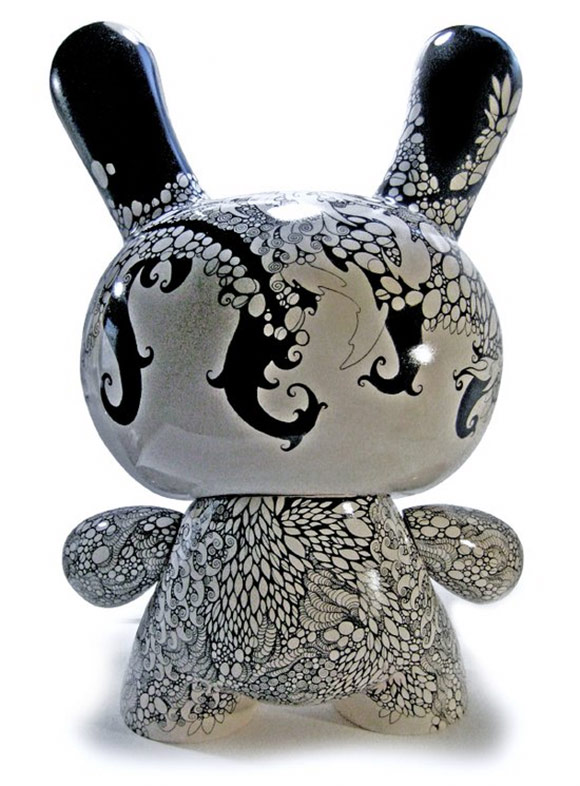