Legendary customizer Huck Gee is proud to present an extra special solo retrospective titled “11/10” at the Toy Art Gallery in Los Angeles. Starting November 10, Huck will present his very own private collection of the extraordinary customs he has created over the years. With each of these epic designs Huck has released editions of 10, but unknowing to everyone, the SF based artist has tucked away one extra and numbered each 11/10. Until now….

“A couple of years ago I found myself wondering how I could create enough art pieces for a truly stupendous gallery show, yet without me having to take 9 months off to focus solely on producing pieces for a gallery. There was no way I could afford to set that much time aside but pull off the show I was imagining. Then I looked in my display case and saw the 11th figure I had begun squirreling away for my own collection.”

Amongst the archived masterpieces and fresh work for sale, Huck will also be pre-releasing 200 copies of his new full length art book, “The Art of Huck Gee“, published by Presto Publishing, as well as an exclusive super limited red edition of 200 Kibuki and Kitsune Dunny 2-packs from his record-breaking sold out Gold Life Dunny Series. This monumental 3-day event will open on Thursday, November 10 at 7pm with a special signing appearance the following day Friday, November 11 at 5pm. The show will then close forever on Sunday, November 13. So make your way to LA as this exhibit will be one for the art toy history books. 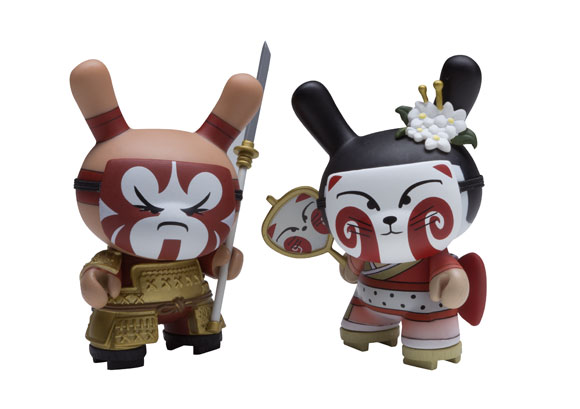 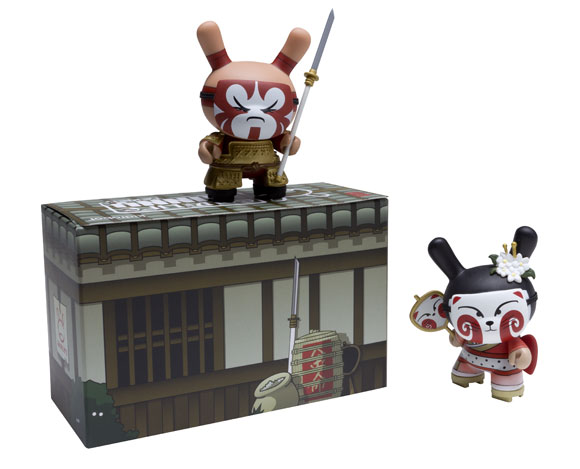