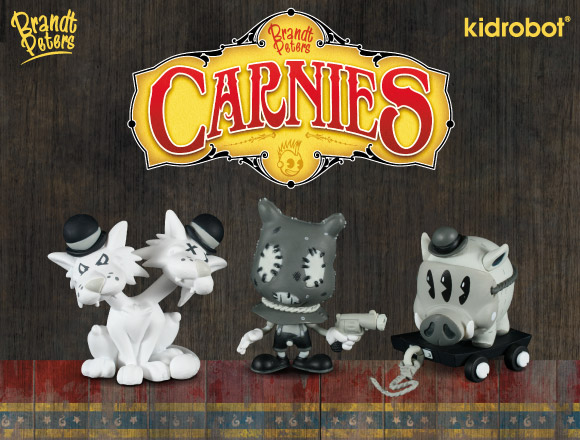 The skies darken, the wind howls, and you’re drawn to the eerie carnival inhabited by the Carnies, created by Brandt Peters.

Reminiscent of retro animation, each of the 13 carnies in this nightmarish mini-series, including the two chases, stand at 3-inches and are colored in grayscale. Retailing for $9.95 each, Carnies are available at Kidrobot stores, kidrobot.com, and select retailers now.