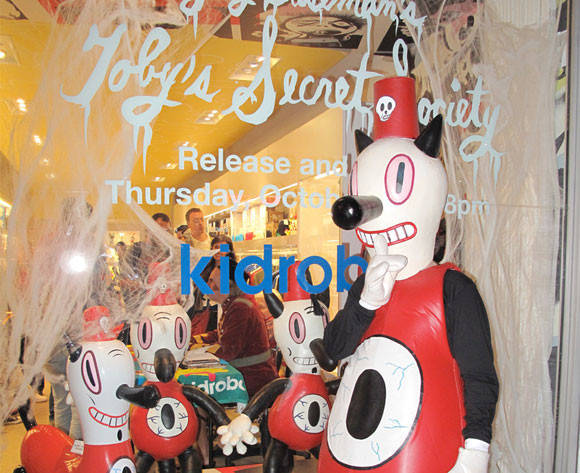 The fraternal order of Toby’s Secret Society was in order last night at Kidrobot Los Angeles, as eccentric ringleader Gary Baseman passed on his blessings through drawings and signatures to all of his brethren. A real life Toby accompanied by a fellow Sacred Magi bounced around the store anointing new members and teaching secret handshakes.

Gary and Toby will be traveling to Chicago for another initiation on Friday, October 28 from 7-10pm at Rotofugi. Gary will also present a mini exhibition of drawings that will be on display through November 27.

Join the brotherhood now and collect all of Gary’s Sacred Magi with every case of Toby’s Secret Society… while you still can.