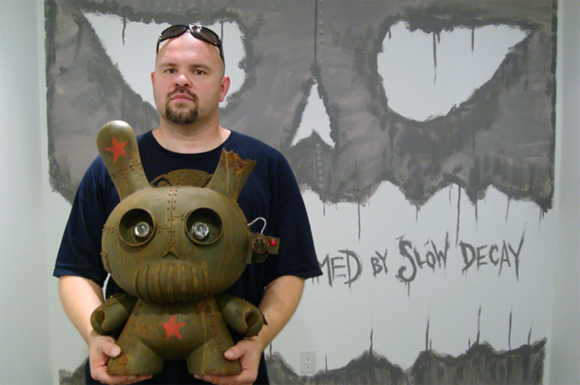 Dril One was reporting for duty last night at Kidrobot Miami. The SF based artist joined his South Florida fans for the opening reception of  his killer new solo show, “To A Life Consumed By Slow Decay.” Dril dropped a MEGA ton of awesomeness with his barrage of custom toys including that insane mechanized 20-inch Dunny with glowing red lights and a rotating gatling gun. “To A Life Consumed By Slow Decay” will be on display through November 14.

The post Wrap Up – “To A Life Consumed By Slow Decay” Solo Show By Dril One At KRMIA appeared first on Kidrobot Blog.