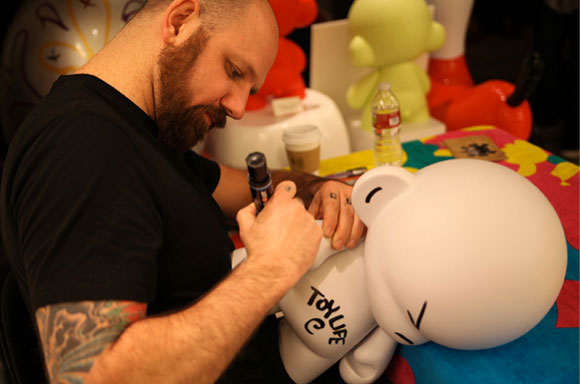 Huck Gee’s book signing saga continued last Saturday with a stop at Kidrobot Los Angeles. Fans and friends lined up to score the new tour exclusive white cover edition of The Art of Huck Gee. All heads were in the house including local Kidrobot faves Luke Chueh, Shane Jessup, KaNO and Sket One.

The 11-city tour rides on with Huck signing at Dragatomi tonight Tonight, January 16 and concluding in his hometown on Tuesday, January 17 at Kidrobot San Francisco.