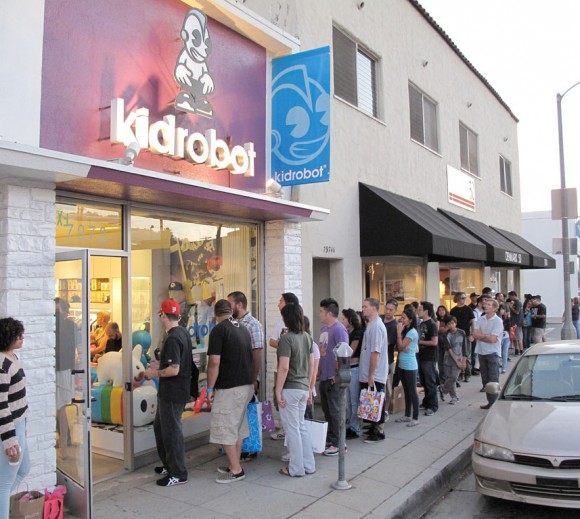 Huck Gee’s Gold Life signing tour triumphantly ended last Thursday night at Kidrobot Los Angeles. The line wrapped around the block as fans anxiously waited in the heat for the signing and trading to commence. Huck signed and sketched while fans feverishly opened and traded case after case of the now sold out hyper series. Great times were had by all.