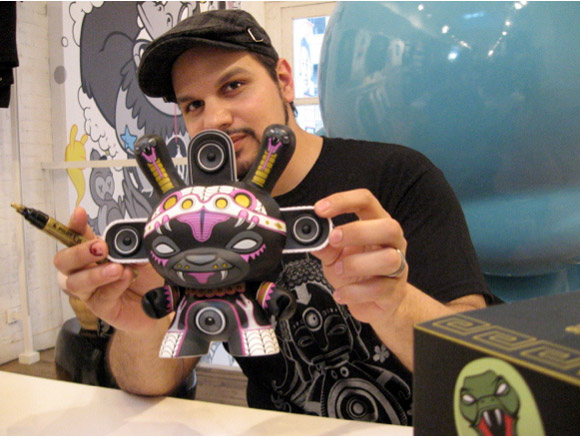 Last night Kidrobot New York was rocking out with their fangs out as Marka27 was in the house for a pre-release signing of his new Shadow Serpent Dunny. Fans, friends and family came through to be the first ones to get their hands on the new design. His amazing one-of-kind 20-inch custom African Minigod Dunny was keeping him company as it was blasting the tunes all night long.

Marka will be hitting up the West Coast signing at our Kidrobot Los Angeles tonight from 6-8 pm. He will then close the 3-city signing tour tomorrow night at Kidrobot San Francisco.