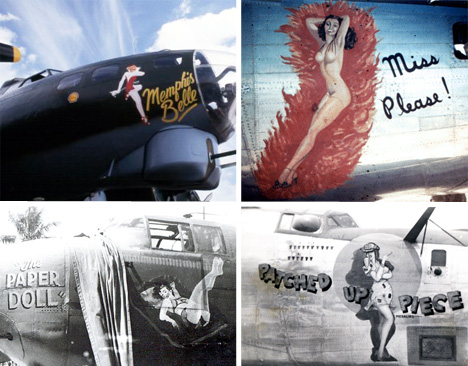 Military bombers and fighters often had provocative, eye-catching art designed to scare the enemy and ward off bad luck in their home away from home. Check out this collection of nose art from Swipelife.

Frank Kozik’s new Corpsman Labbit wards off his bad luck with a bad attitude and a pack of smokes. This 5-inch soldier of misfortune is adorned in a shade of army green and covered in military stenciling.